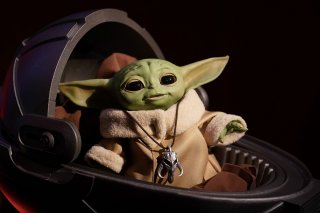 Disney+, just over six months after its debut, has emerged as the streaming service with which customers are most satisfied. That's according to the annual American Customer Satisfaction Index (ACSI) Telecommunications Report 2019-2020, which ranks the competitors across five categories, which also include internet service providers (ISPs), fixed-line telephone service, video-on-demand service, and video streaming service.

The average satisfaction of streaming services, at 76, ranks much higher than that of subscription television service, which is 64. And while the latter number has improved over the previous service, the sector "sits at the very bottom of all 46 ACSI-measured industries."

Verizon Fios and AT&T’s U-verse TV lead the category with scores of 70, while Dish Network scored at 65 and DirecTV at 64, an all-time low for that struggling satellite service. Comcast's Xfinity posted a score of 63, which actually represented an 11-point improvement over the previous survey.

The survey also asked about Wi-Fi usage, and found that customers using third-party Wi-Fi routers (75) are slightly more satisfied than those who use their ISPs' equipment (74). For the Wi-Fi quality for those using the latter equipment, Verizon once again leads with 77, followed by Xfinity with 72 and Cox with 71.

And for satisfaction with video-on-demand services, AT&T’s struggling U-verse TV was a surprising #1, with 74, with Verizon and Dish Network tied at 71. Overall satisfaction in the category increased since the earlier survey.

“With stay-at-home and work-from-home becoming a new normal for many American households, the services offered by major telecommunications companies are more crucial than ever before,”  David VanAmburg, Managing Director at the ACSI, said as part of the release. “Fortunately, many telecom companies laid the groundwork before the pandemic, offering their customers better services compared to last year.”