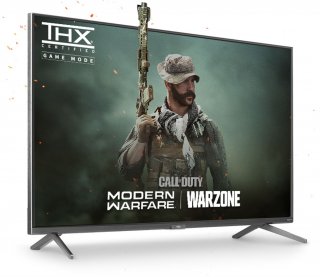 TCL, earlier in August, released this year’s new 5-Series and 6-Series Quantum Dot TVs, which promise great performance at an affordable price, while also continuing to offer the Roku TV interface. The QLED TVs were first announced back in January at International CES.

Now, the reviews are in for the 6-Series, and they’re mostly positive.

For example, reviewed.com says the 6-Series “delivers sensational performance for a crazy-low price.”

The review praises the 6-Series as “a blend of performance highlights and features that would’ve been unheard of in its relatively modest price bracket just a few years ago. This harmonization of picture quality, forward-thinking features, and affordability amounts to one of the best TV releases of the year.”

Reviewed praises the “Quantum-dot brightness and color,” the Roku functionality and the way it will likely work with next-generation gaming consoles. Its listed cons included “garden-variety design” and “lackluster internal speakers.”

Tom’s Guide also praised the 2020 6-Series, calling it a "blend of premium features, high quality picture, and affordable pricing." The reviewer praised the “budget-friendly model,” its integration of Roku, and the TV's "mini LED backlighting for better contrast control."

“The result is a more vivid picture with better color reproduction and deeper contrast,” the review said. “TCL's 6-Series line of mid-range televisions has long been a favorite of ours, showing up on our best TVs list thanks to high performance standards in picture quality and audio capability, as well as its use of the excellent Roku smart TV platform."

TechRadar did a hands-on of the 6-Series, albeit not a full review, and it praised the series’ use of MiniLED technology, and called it “everything you could possibly expect from a $650 TCL 4K TV.”

The hands-on write-up also praised the quantum-dot color and AIPQ upscaling engine, while listing such cons as a “slightly chunky design,” “poor motion handling” and a lack of 4K/120Hz gaming.

“We haven’t spent a ton of time with it yet, but so far we really dig what TCL has done this year. The 6-Series is brighter, more colorful and doesn’t have a single hint of haloing or light bleed,” the site said. “So far, it seems like the complete package.”