There's A New Wi-Fi Smart Lock On The Market 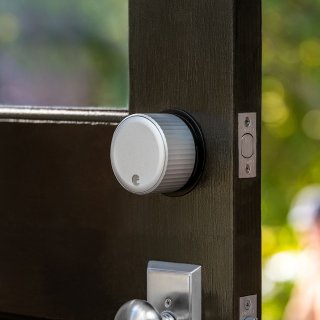 August Home announced Tuesday that its August Wi-Fi Smart Lock product, which was announced at CES in January, is now available. The product’s Wi-Fi integration means no external bridge is required, and it also works with Amazon Alexa, Apple HomeKit, Google Assistant, Samsung SmartThings and SimpliSafe.

The product, which retails for $249.99, “provides users with complete control over and insight into their front door’s activities, from anywhere in the world,” the company said. The product is the successor to August Smart Lock Pro but, August said, is both 45 percent smaller in volume and 20 percent slimmer, despite offering a similar design.

“We’re always looking to explore how far we can push front door access, and the next frontier we wanted to tackle was fitting all the benefits of an August Smart Lock into a more discreet, yet beautiful package,” Jason Johnson, co-founder of August, said as part of the announcement.

“Designing and building this new compact smart lock that offers as many capabilities as it does was no easy feat, so we are extremely proud to be able to provide our current and future customers with the best available product on the market.”

The first review of the product has been published, by Tom’s Guide, which rated the Wi-Fi Smart Lock 4.5 stars out of 5. The reviewer praised the smaller size, built-in Wi-Fi, the ease of use, and that it works with so many smart home devices, while listing “Keypad sold separately” as the only drawback.

“The improvements in the new August Wi-Fi Smart Lock—including a smaller size and a direct Wi-Fi connection—make this one of the best smart locks yet,” the review said.

“Unlike other smart locks, the August Wi-Fi Smart Lock only requires you to change the part of your deadbolt that’s inside your house,” the review says. “That means you can still use the same keys that came with your original deadbolt, but if you want a keypad—a feature found built into other smart locks—you’ll have to purchase that separately for $59.99.”

The August Wi-Fi Smart Lock can be purchased now from Best Buy and directly from August, and from additional retailers May 17.