Three HBOs? How Will HBO Max differ from HBO Go and HBO Now? 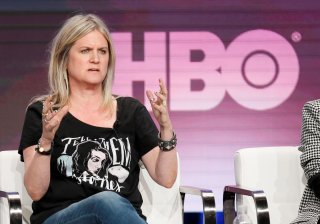 AT&T-owned Warner Media is now just under two weeks away from debuting HBO Max, the next major streaming service launch. HBO Max, which debuts May 27, will bear more of a resemblance to Disney+ than to Netflix or Hulu, combining original shows and movies with the majority of the archive of classic HBO shows.

Also part of HBO Max at launch is a massive catalog of Warner Brothers movies, including those from the Batman and Superman canons, as well as the entire runs of such non-HBO shows as “Friends,” “The Fresh Prince of Bel Air” and “The Big Bang Theory.”

Some following the launch of HBO Max may be confused, however, over how HBO Max differs from a pair of streaming products that already exist, HBO GO and HBO Now.

HBO Go, launched in 2010, is a streaming service that allows people who are already cable subscribers to HBO to stream most of the library of HBO content, including entire seasons of “The Sopranos,” “Sex and the City,” “The Wire,” and other classic HBO shows. The launch of HBO Go was seen as a game changer at the time, as fans of such shows had, not long before, been expected to shell out huge amounts of cash for entire season DVD or Blu-ray sets. With HBO Go, they could catch up on years of shows for the cost of what they were paying for cable.

In the few years after that, many fans of HBO shows wanted the opportunity to pay a certain amount of money for access to an HBO Go-like product, without having to subscribe to cable. This was the impetus behind the “Take My Money HBO” campaign, which gained momentum as “Game of Thrones” became HBO’s signature show. Eventually, HBO listened and launched HBO Now, a streaming service that was announced in 2014 and launched in 2015, as a standalone service that did not require cable.

So how will HBO Max be different? The new service will offer everything HBO Now does, plus a great deal more. HBO Now costs $14.99 a month, which is also what HBO Max will cost at launch, although HBO is offering a $11.99 monthly rate for the first year for those who sign up early. HBO Now will continue to be offered, at least for now, even after HBO Max launches.

What happens to current subscribers of HBO Go and Now? That’s a complicated question.

Those who subscribe to HBO Now will have their subscriptions converted to HBO Max-but only if they signed up directly through HBO and are billed by HBO. This is also the case for HBO Now subscribers who signed up through Apple and Google Pay. Those who currently subscribe to HBO through AT&T TV, DIRECTV, AT&T U-Verse, Hulu, or Spectrum will also get HBO Max at launch at no additional cost. Customers can also sign up for HBO Max through any of those services after launch.

There is no such deal in place yet for those signed up through other third parties, although the HBO Max website asks users to “check back with us here as we add additional partners to the list,” indicating that negotiations are underway with other entities about offering the service.

As for current cable and satellite subscribers, of non-Spectrum services, who currently get HBO? There’s no special deal on offer for them, at least not as of now. But those in that boat, depending on what they’re currently being charged, may consider cancelling the HBO service on their cable, and instead signing up for HBO Max, which would give them a lot more value for a similar amount per month.