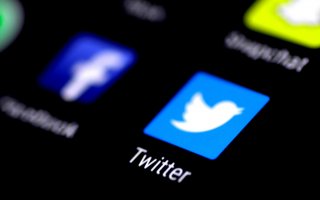 Twitter has announced a new community-driven feature called Birdwatch that aims to combat misinformation and disinformation on its site.

The pilot forum, in a fashion similar to Wikipedia, allows Twitter users to identify information in misleading or false tweets and add notes that provide helpful context.

Birdwatch will at first only be available to a small set of users, largely on a first-come, first-served basis. They, however, will have to use an account that is associated with a real phone number and email address.

“We believe this approach has the potential to respond quickly when misleading information spreads, adding context that people trust and find valuable,” Keith Coleman, Twitter’s vice president of product, stated in a blog post.

Although Birdwatch will initially be relegated to a separate section of Twitter’s platform, the company noted that “eventually we aim to make notes visible directly on tweets for the global Twitter audience, when there is consensus from a broad and diverse set of contributors.”

Twitter added that it hopes to eventually create a community of “Birdwatchers” who can assist in moderating and labeling tweets in its main product.

“We know there are a number of challenges toward building a community-driven system like this—from making it resistant to manipulation attempts to ensuring it isn’t dominated by a simple majority or biased based on its distribution of contributors. We’ll be focused on these things throughout the pilot,” the blog post said.

“We know this might be messy and have problems at times, but we believe this is a model worth trying.”

Twitter and other large tech companies have faced increased pressure over the past year to address widespread coronavirus misinformation on their respective platforms.

For example, Google has launched new coronavirus information panels in its search results in an effort to help stop the spread of misinformation. When an individual searches for anything related to coronavirus vaccines on the platform, the search feature will first list authorized vaccines in their respective area and show information panels on each vaccine, the company said in a blog post.

As more vaccines get green-lighted by health authorities, Google noted that it will introduce the search feature in more countries, in addition to providing $1.5 million to fund fact-checking research and the creation of a hub for journalists to improve access to “scientific expertise and research updates” on vaccines.

Meanwhile, Facebook has announced that it would start removing false claims about vaccines, which is part of its revamped policy on posts that could lead to “imminent physical harm.” The social-media giant had previously made it more difficult to see vaccine misinformation by “downranking” it, which makes it less visible in news feeds. But now, such posts will be taken down entirely if the claims had been discredited or contradicted by reputable health agencies.