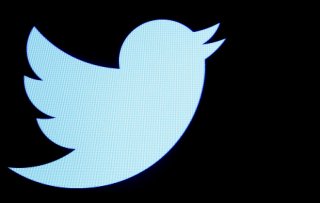 It’s been a common talking point throughout the recent controversies about content moderation, especially on Twitter, as the social media network put frequent disclaimers on the tweets of former President Donald Trump, but often didn’t take similar measures against accounts by foreign world leaders who posted incendiary or non-factual things.

Now, in what’s the first social media moderation controversy of the post-Trump era, Twitter has taken just such action against a Chinese government account.

“Women Xinjiang were emancipated and gender equality and reproductive health were promoted, making them no longer baby-making machines,” the offending tweet said. “They are more confident and independent.”

“We’ve taken action on the Tweet . . . for violating our policy against dehumanization, where it states: We prohibit the dehumanization of a group of people based on their religion, caste, age, disability, serious disease, national origin, race, or ethnicity,” Twitter told CNBC in a statement about the removal of the tweet.

It’s unclear how long the account will be locked, but it hasn’t tweeted since Jan. 8, when it posted a photo from something called “Press Conference on Xinjiang-related issues.”

A UN panel has determined that “at least a million Uighurs” have been placed in camps, although the Chinese government has disputed that characterization, including on that Twitter account, according to Reuters. In the closing days of the Trump administration, the State Department declared that China is in fact committing genocide of that group.

Meanwhile, the confirmation hearing this week of the nominee for secretary of state-provided indications of what position the new administration will take in regard to the Uighurs.

According to USA Today, at the confirmation hearing for Secretary of State-designate Antony Blinken, Blinken was asked whether he agrees with the characterization that China is committing genocide.

“That would be my judgment as well,” Blinken said in the hearing when he was asked about his predecessor Mike Pompeo’s policy on that issue. “Forcing men, women, and children into concentration camps, trying to in effect reeducate them to be adherents to the Chinese Communist Party—all of that speaks to an effort to commit genocide.”

Blinken, however, was not in agreement with the Pompeo State Department’s approach on several other issues, from the question of whether to re-enter the Iran deal to Afghanistan policy to was that the State Department can deal with the pandemic and climate change.