The U.S. Navy Just Released Three 'UFO Videos'. What Can They Tell Us? 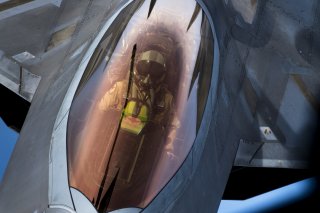 It's not every day that the U.S. government declassifies videos of UFOs. Especially not when such a release was spurred by the efforts of a member of the band Blink-182.

According to Vice, the U.S. Navy has released three videos of unidentified flying objects, which are titled "FLIR.mp4," "GOFAST.wmv," and "GILBAL.wmv." the videos were published on a page where the Navy puts material that it has released as a result of Freedom of Information Act (FOIA) requests.

The videos have been seen before, as they were published by a group called To The Stars Academy, which was co-founded by Tom DeLonge, who was the singer of Blink-182.

"The Department of Defense has authorized the release of three unclassified Navy videos, one taken in November 2004 and the other two in January 2015, which have been circulating in the public domain after unauthorized releases in 2007 and 2017," the Pentagon said in a statement.

"After a thorough review, the department has determined that the authorized release of these unclassified videos does not reveal any sensitive capabilities or systems, and does not impinge on any subsequent investigations of military air space incursions by unidentified aerial phenomena. "

The New York Times published photos from the videos in 2017, as part of an expose about a Defense Department program called the Advanced Aerospace Threat Identification Program. The DoD said at the time that it had  shut down the program, which investigated unexplained space phenomena, in 2012.

The former head of the Advanced Aerospace Threat Identification Program program, Luis Elizondo, now works with DeLonge at the To The Stars Academy.

That program was long a hobbyhorse of former Sen. Harry Reid of Nevada, who was formerly the Senate Majority leader. Much of the funds went to a company owned by Robert Bigelow, an aerospace entrepreneur who was close to Sen. Reid, and once told "60 Minutes," per the Times, that he was  “absolutely convinced” of the existence of extraterrestrial life.

This week's release of the videos should not be construed as an admission on the part of the government that space aliens in fact exist and have visited Earth. In the DoD statement, the department says that "the aerial phenomena observed in the videos remain characterized as 'unidentified.'"

Stephen Silver, a technology writer for The National Interest, is a journalist, essayist and film critic, who is also a contributor to Philly Voice, Philadelphia Weekly, the Jewish Telegraphic Agency, Living Life Fearless, Backstage magazine, Broad Street Review and Splice Today. The co-founder of the Philadelphia Film