Verizon Fios offer: Free Year of BOTH Disney+ and Hulu 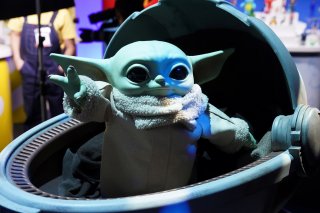 When Disney+ launched last November,  Verizon Wireless became the the exclusive U.S. wireless carrier partner for the streaming service, which meant that those with Verizon unlimited plans would get a free year of Disney+

Now, with the long-awaited movie version of "Hamilton" set to debut on the service Friday, Verizon has made a Disney+-related offer for new customers of its pay-TV service, Fios.

As first reported by Cord Cutters News, new Fios customers will receive free Disney+ or Hulu-or both-depending on which plan they sign up for.

"New Verizon customers can get up to 12 months of Hulu on us, adding Hulu originals, movies and TV series available to stream on-demand on blazing-fast internet. That’s in addition to the 12 months of Disney+ available on us," the offer said, per the site.

If you sign up for the Fios Gigabit connection ($79.99), you'll get a free year of both Disney+ and Hulu, plus a free Verizon Stream TV, which is Verizon's Android TV-based Roku competitor. Per Variety, Verizon last year offered a free Stream TV - normally priced at $70-to anyone signing up for its 5G Home Internet service.

Hulu, which originally launched as a joint venture among several of the companies that owned broadcast TV networks, was officially taken over by Disney in May of 2019, when it bought out Comcast's stake to acquire a controlling interest. Hulu has often become the streaming home of programming owned by Disney that's deemed not family friendly enough for Disney+, while Disney has been selling a bundle of Disney+, Hulu, and ESPN+.

As of the end of the first quarter of 2020, Disney reported that Disney+ had 54.5 million subscribers, as opposed to 32.1 million for Hulu.

"Hamilton," which was scheduled for a theatrical release by Disney in October 2021, was instead moved up to this month, and to Disney+, due to the pandemic.