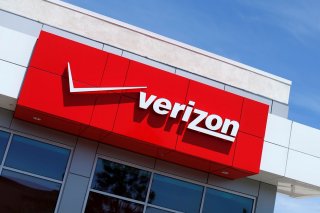 PCMag has released its annual rankings of the fastest Internet Service Providers in the United States. These ratings come at a vital time as the coronavirus continues to keep many Americans at home for the last several months, making reliable Internet service more important than ever.

Among major ISPs, the winner of PCMag’s rankings is Verizon Fios, which took the top spot for the eighth time in nine years. It also won the magazine’s Reader’s Choice award, which was announced last month.

“While the competition between the big-name, multi-state broadband operators is fiercer than ever, Fios continues to be the fastest nationwide internet provider,” the magazine said. “It’s not only the speediest, it remains beloved by our readers—something you can’t say about too many ISPs.”

However, among all ISPs, the winner was Cedar Falls Utilities (CFU), an obscure regional provider in Cedar Falls, Iowa.

“If you’re looking to relocate to work from home and want the best internet you may ever experience, consider becoming an Iowan,” the article said.

Of the national providers, Fios won with a score 174.6 megabits per second. Comcast/Xfinity was second with 136, RCN third with 126.1, and AT&T Fiber fourth with 112.2. Cox, Optimum, Suddenlink, Spectrum, and AT&T Internet followed.

The rankings are determined by what the magazine calls PCMag Speed Index (PSI), which “incorporates 80 percent of the download speed with 20 percent of the upload speed.” PC Mag uses its own speed test, and ISPs must have at least 100 tests to be considered.

PC Mag also listed the best providers regionally, and listed Florida and Georgia as the two fastest states, although the magazine noted that the large number of Hotwire tests submitted likely skewed those results. And due to CFU, Cedar Falls, Iowa, was listed as the city with the fastest Internet, followed by Fort Lauderdale and Immokalee, both in Florida.

Another site, HighSpeedInternet.com, released its latest rankings in April, which “compiled data from more than 2.4 million speed test results to find the fastest internet providers in the U.S. and in your area.”

Those rankings had Google Fiber first, followed by Fios, RCN, Hotwire, and Xfinity.