Why Are Some Cities Seeing Drops in High-Speed Internet Speeds? 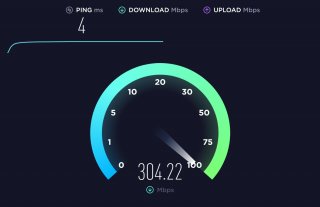 With more and more people stuck at home due to social distancing orders, there have been concerns that broadband networks might be overwhelmed by the strain. While large scale disruptions have not come to pass in the U.S., a new report said that speeds are beginning to slow in many parts of the country.

According to a survey released this week by the website Broadband Now, in the past week one-third of the top 200 U.S. cities have "experienced median upload speed decreases of 20% or greater below range of previous weeks in 2020." Meanwhile, just over 25 of cities on the list have found that download speeds have dropped 20 percent or more.

Rural areas, however, have remained relatively stable, the site said.

Nearly every city on the site's chart has seen at least a small decrease in its upload speeds, although some cities, including Atlanta, Cleveland, Detroit, Memphis and Philadelphia, have remained "in range." Many more cities have remained in range for download speeds.

The study was conducted by analyzing raw speed test data from M-Lab "in order to determine how well ISPs are coping with this unprecedented surge in demand."

"Our two most recent reports seemed to indicate that networks were slowly adjusting to the newfound demand being placed on them," the report said. "But this week, these improvements have, in some cases, slowed to a crawl."

The survey was taken between April 12 and 18. BroadbandNow is a website that covers the broadband sector, and they describe themselves as "like Kayak for Internet service."

The New York Times had reported in late March that Internet speeds in the U.S. had begun to slow down due to the added strain, a phenomenon that had also taken place in other parts of the world that had put shutdown orders in place earlier.

Several tech giants, including Alphabet, Sony and Netflix, agreed to a request by the European Union in March to reduce their video bandwidth. While the United States government has not made any similar request, Alphabet-owned YouTube made a change in its default definition setting worldwide, while Sony agreed to slow PlayStation downloads in the U.S.