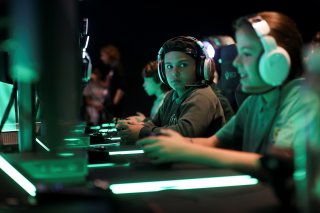 We all know how much the quarantines have led to an increase in streaming. It turns out there's been a similar surge when it comes to gaming.

According to numbers released Friday by NPD Group, spending on video gaming in the U.S. reached a record $10.86 billion in the first quarter of 2020. That represents a 9 percent increase over the same period in 2019.

Sales of games themselves jumped 11 percent in the quarter, with Nintendo Switch driving hardware sales to increase by 2 percent, offsetting sales declines for some older systems.

“Video Games have brought comfort and connection to millions during this challenging time,” Mat Piscatella, games industry analyst at The NPD Group, said as part of the release. “As people have stayed at home more, they’ve utilized gaming not only as a diversion and an escape, but also as a means of staying connected with family and friends. Whether it was on console or mobile, PC or virtual reality, gaming experienced play and sales growth during the first quarter."

The New York Times reported last month, citing numbers from Streamlabs, that game sales were surging during the quarantines, with "Doom Eternal" posting the best sales weekend in the more than the two-decade history of that franchise.

"Overall, 2020 is off to a strong start for the live streaming industry," the Streamlabs report said. "As people stay inside, we are seeing all streaming platforms experience healthy growth as more people utilize live streaming to connect with others."

However, the Times also reported that the industry may be facing delays in production of new games, with the offices of game developers closed. The annual E3 conference, scheduled for this summer, was cancelled, as were smaller industry events.

New console systems from Sony and Microsoft, the PlayStation 5 and Xbox Series X, are expected to arrive in time for the holiday season this year.

Yes, Online Gaming Can Help During the Coronavirus Crisis