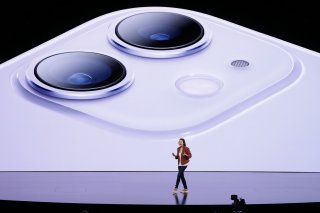 The XFL was a renegade spring football league founded in 2001 by WWE head Vince McMahon, at the height of WWE’s “Attitude era.” The goal of the league was to apply the “extreme” ethos of WWE at the time to professional football, but the original XFL was a disaster, drawing historically low TV ratings and emerging quickly as something of a laughingstock before it folded after its first season.

McMahon decided to revive the XFL nearly twenty years later and played part of a season in the spring of 2020. The league wasn’t treated as much like a joke as the original version had been, although the pandemic put an early end to the season, and eventually to the league itself. After a bankruptcy, the XFL was purchased by a group that includes Dwayne “The Rock” Johnson, who was at the height of his wrestling stardom at the time that the XFL first emerged.

Now, the XFL is in the news for another reason: McMahon and the league’s ex-commissioner are feuding over the passcode to an iPhone.

According to a report this week in The Athletic, the dispute is part of a lawsuit in which Oliver Luck, who was the commissioner of the 2020 XFL for most of its run, is suing McMahon along with the entity behind the league, Alpha Entertainment, for $23.8 million.

Part of McMahon’s response to the lawsuit is the claim that Luck used a company-issued iPhone for personal purposes, along with other misdeeds, including that Luck allegedly shirked job duties and ignored player misconduct. Whether Luck is required to hand over the phone passcode, per the report, is a matter that has been the focal point of four separate meetings between lawyers for the two sides, over the past four months.

“The full contents of Alpha’s iPhone are relevant to showing that Luck was properly terminated for cause under his Employment Contract because he grossly neglected his duties after March 13, 2020—when Luck effectively abandoned his responsibilities as XFL Commissioner and CEO and returned home to Indiana despite the existential threat to the league posed by the COVID-19 pandemic,” McMahon’s side claims, according to court papers cited by The Athletic.

“Examination of the data on the iPhone will show Luck’s activities during this critical time period when he was not in the office and demonstrate that he failed to ‘devote substantially’ all of his business time to the performance of his duties to the XFL as required by his Employment Contract.”

Legal showdowns over iPhone passcodes have happened multiple times over the years in connection with devices used by terrorists and criminals, including that of the San Bernardino shooter in 2015. In the NFL, there was a dispute between the league and then-Patriots quarterback Tom Brady during the “Deflategate” scandal, in which Brady admitted that he had destroyed his phone.