WandaVision Is the Most Pirated TV Show 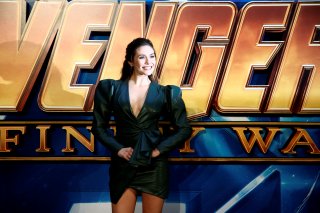 For many years, HBO’s Game of Thrones had the distinctive “honor” of being the most pirated show on television. The show has now been off the air for nearly two years. In 2020, it was succeeded as the most pirated show by The Mandalorian, the Disney+ series that’s set in the Star Wars universe, according to the website TorrentFreak.

Now, there’s a new #1 show on the piracy charts for 2021—and it’s another Disney+ series, WandaVision. The show aired on Disney+ in the spring and summer of 2021. It starred Elizabeth Olson, Paul Bettany, and was set in the Marvel Cinematic Universe. It featured Wanda and her husband Vision acting out tropes and pastiches from throughout television history.

Another Marvel show on Disney+, Loki, came in second place for on the piracy charts, according to Torrentfreak. In third place was The Witcher, the Netflix fantasy series starring Henry Cavill. Another Marvel/Disney+ show, The Falcon and the Winter Soldier, came in fourth, with Marvel shows What If? and Hawkeye making the top ten too. That means every single Disney+ Marvel show to date has made Torrentfreak’s top ten.

Among the top ten were the Apple TV+ series Foundation, which placed seventh, and the long-running animated series Rick and Morty, which was eighth. The Netflix animated series Arcane came in ninth, with Amazon’s fantasy series Wheel of Time rounding out the top ten.

Torrentfreak noted that Disney+ exclusive series “do particularly well among the pirating public” and added that each episode of WandaVision was downloaded “millions of times” on piracy sites.

In 2022, HBO will debut House of the Dragon, its first spinoff of Game of Thrones. The new series does not yet have a specifically announced release date, and only brief teasers have been shown, but it’s a strong bet that a new series set in Westeros will find a place on next year’s list of most-pirated programs, along with next year’s crop of Disney+ Marvel shows.