What Today’s Teens Love: iPhones, Netflix, Amazon (And Not Facebook) 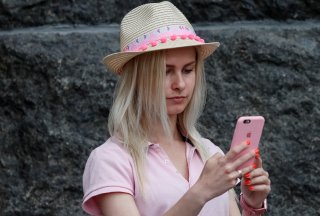 Today's teenagers prefer Netflix and YouTube for video consumption, they do it on their iPhones, and the most important political cause to them is the environment.

That's according to the latest Taking Stock With Teens survey, released by the investment bank Piper Sandler Companies.

The semi-annual survey was taken of 5,200 teens, between mid-February and late March, meaning that most of it was taken once the coronavirus pandemic was underway. Perhaps unsurprisingly, 47 of teens said they believed the economy is "getting worse," a much higher number than when the survey was taken in the spring and fall of last year.

It's also important to note that the people surveyed are not millennials, as the millennial generation is older than the teenagers surveyed.

When it comes to daily video consumption, 33 percent of those surveyed chose Netflix as their "go-to choice," with YouTube coming in second with 31 percent. Cable TV came in third, followed by Hulu, and then Disney+, which launched only three months before the survey began. In terms of social media, 85 percent say they use Instagram (85 percent), followed by Snapchat with 82 percent; TikTok is now third, with 62 percent, with Twitter coming in fourth and Facebook-continuing to find disfavor among the young-fifth, with just 34 percent.

In terms of smartphones, Apple's iPhone has significant capture among teens. In the survey, 85 percent say their own an iPhone, and 88 percent expect an iPhone to be their next phone.

Nike is very popular among the teen set, as it was named both the top clothing and footwear brand, and was ranked the #2 shopping website, behind Amazon. However, Amazon was named the top shopping site with 53 percent, while none of the other choices got more than 5 percent.

"Our Spring Teen Survey was conducted during a time of significant upheaval as the world (and U.S. teens) grappled with the realities of COVID-19," Erinn Murphy, Piper Sandler senior research analyst, said in the announcement of the survey. "In fact, we believe the majority of our responses came from teens taking the survey from their own homes.”