Where Are NFL Fans Watching Their Teams? Not on Cable. 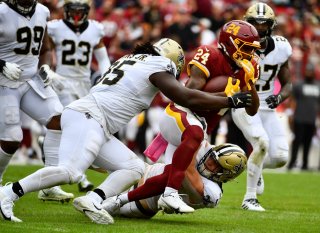 The latest NFL TV deals, which were announced earlier this year, made streaming a bigger part of the NFL broadcast picture than ever before.

According to an NPR report in March, the deals, which are set to run through 2033, will make things easier for those who stream. All of CBS’s Sunday games will stream on Paramount+, while ESPN+ will stream all games that are currently available on ESPN and ABC. All of NBC’s games will be simulcast on Peacock, while Tubi, the free service owned by Fox, will get some content as well. And Amazon Prime Video will become the exclusive home of Thursday Night Football.

The NFL appears to be ahead of the curve, in anticipating the streaming future, because another recent report shows that more than half of NFL fans watch on something other than cable.

According to Tom’s Guide, which conducted the survey with OnePulse, fifty-six percent of NFL fans “will be using a service other than cable to watch the football this weekend.”

“Cable still had the largest single cross-section of viewers at 27.7%. However, users of Sling, Hulu. YouTube TV, Paramount Plus, Peacock, NFL Game Pass and 'other streaming services' well-outnumbered cable viewers with a total of 44.2%,” Tom’s Guide said. “We also saw a small minority of users say they'd be using an HD antenna, and some even answered that they'd be using a VPN service to access overseas coverage—something we'd usually only see from those outside the U.S. trying to tap into a domestic broadcast.”

It’s not clear how scientific the survey is, and whether it is a survey of readers of that tech site or a more generalized population. Readers of a tech site would be more likely to be aware of vMVPD choices than the general population would.

Meanwhile, another streaming option may be on the way for NFL fans. DirecTV has held a monopoly on the league’s Sunday Ticket package since it began in 1994, but that agreement expires after the 2022 season, and the NFL is believed to want to make Sunday Ticket available to users of other services. The likes of Apple and Amazon are reportedly in the bidding, as are such established NFL partners as Disney and Comcast. Different bidders have been reported as in the lead for the package at different times in recent months.

It’s not clear if the NFL will choose one home for Sunday Ticket or more than one, but the NFL is rumored to offer a package in which fans can subscribe only to the games of one particular team.