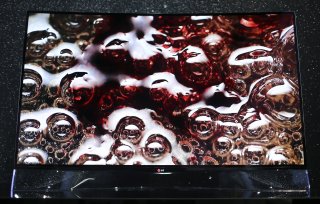 OLED TVs are some of the best high-end TVs on the market. But if you’re looking to buy one, which one should it be?

Popular Mechanics recently published a ranking of this year’s top OLED models. The magazine cited their own previous reporting, as well as rankings from  Tom’s Guide, Tech Radar, and T3.

The magazine’s pick for the best OLED TV available was LG’s C1 model.

“LG’s A9 Gen 4 AI processor creates some of the best graphics among OLED TVs, combined with Dolby Atmos audio that ensures the sound is theater-worthy as well,” according to Popular Mechanics. “If you’re a gamer, you’ll love that this TV features a game optimizer with HDMI 2.1 ports to ensure low lag and fast response times. LG’s smart TVs include the LG ThinQ interface that works with Google or Alexa voice commands and all of your favorite streaming services. Plus, the C1 Series is relatively affordable for a top OLED model—and comes in plenty of screen sizes from 48 to 83 inches.”

The Popular Mechanics pick for “Most Premium,” meanwhile, was the Sony XR A90J.

“Sony’s exclusive BRAVIA XR technology generates an immersive image with dramatic contrast, great brightness, realistic colors, and blur-free motion thanks to a 120 Hz refresh rate. This Google TV can also work with Alexa to control all the top streaming services,” according to the magazine.

Another LG TV, the CX, was listed as “Best Value.”

“The LG CX OLED TV boasts similar power to the C1, though you can get a smaller size for a more affordable price,” the site said. “It has the same A9 Gen 4 AI Processor, Dolby Vision IQ and Atmos, and G-Sync compatibility. Sports lovers will also love the OLED Motion Pro technology that can handle fast movements in sports, action movies, or games without any stuttering.”

And another LG model, the G1 Evo, was Popular Mechanics pick for “Best Design.”

“If you’re already splurging on a top OLED TV, you probably want the design of the TV to be just as good as the screen quality,” according to the magazine’s website. LG’s G1 Evo model features a gallery design that mounts to your wall with no gaps and barely there bezels.”

Sony A8H was named the winner for “Great Sound.”

Another ranking of current TVs, the one from RTINGS, also had LG at the top. LG G1 OLED came in first, while LG GX OLED, from 2020, was second, while LG’s B1 OLED was listed third. Taking the fourth and fifth spots were a pair of Sony models, the A8H from 2020, and the A90J OLED that was released earlier this year.