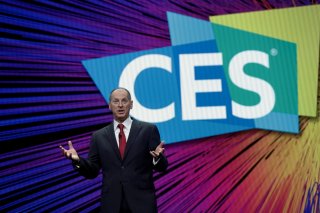 Just two years ago, the technology world saw the debut of routers equipped with Wi-Fi 6. Not long after, the Wi-Fi Alliance moved forward with Wi-Fi 6E, the next generation of Wi-Fi technology. This advancement was made possible by the FCC’s vote to allow 1,200 megahertz of spectrum for unlicensed use, something that Wi-FI 6E requires. Several Wi-Fi 6E products rolled out for the first time at the virtual Consumer Electronics Show (CES) in January 2021.

At CES 2022, which took place during the first week of January in a hybrid format, most major manufacturers debuted new Wi-Fi 6E routers.

“Despite several larger OEMs and Internet Service Providers pulling back from physically attending, the Consumer Electronics Show (CES) saw some interesting device launches for wireless routers by key industry leaders,” Counterpoint Research said in a blog post after the end of this year’s show.

One of the most notable new routers revealed at the event is the Archer AXE200 Omni by TP-Link, a CES 2022 Innovation Award winner. The router stands out for being the first of its kind with self-adjusting antennas.

TP-Link also displayed the Deco XE200, which is capable of providing Wi-Fi across 6,500 square feet. The company also announced the formation of Aginet, a new brand that will be marketed directly to Internet Service Providers (ISPs).

As for Netgear, the company rolled out the Nighthawk RAXE300 Triband Wi-Fi router, which offers up to eight Wi-Fi streams and speeds as fast as 7.8 Gbps.

Linksys, meanwhile, announced the arrival of its own dual-band Wi-Fi 6 device, the Hydra Pro 6. The company touted that its 160 MHz channel offers a “true Wi-Fi 6 experience,” Counterpoint reported.

Per Counterpoint, the Wi-Fi market is expected to grow significantly this year, with routers featuring the latest technology likely to be adopted quickly.

“The major focus for OEMs this year will be to increase signal coverage and strength and offer faster Wi-Fi 6/6E devices at a range of price points,” Counterpoint said in its release. “OEMs and ISPs will work together to improve the Quality of Service (QoS), and as the fiber deployment increases across the globe, more demand will arise from xPON devices.”