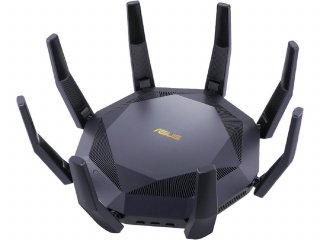 Last week, the Wi-Fi Alliance announced that “certification for Wi-Fi 6E is now available to deliver interoperability for devices operating in the 6 GHz spectrum.” When that announcement came, it was assumed that routers featuring that technology would arrive at International CES this week.

And now they have, with at least three major manufacturers announcing Monday the arrival of their Wi-Fi 6E devices.

“Our mission at Netgear is to provide products with cutting edge technologies to enable people to work, learn, stream and game more effectively in a connected world,” David Henry, senior vice president of Connected Home Products for NETGEAR, said in the announcement.

“We are pleased to be recognized by the Consumer Technology Association for our commitment to this mission with the introduction of the industry’s first all-purpose WiFi 6E router. The Nighthawk RAXE500 Tri-band WiFi Router will capitalize on the available bandwidth afforded by the new 6Ghz channel, delivering an increase in speed and capacity that has never been experienced up until this moment.”

Another big name in routers, Linksys, introduced the Linksys AXE8400 Wi-Fi 6E System, which was also an Innovation Award honoree.

“Taking advantage of the newly opened 6 GHz band, Linksys AXE8400 reduces congested, unsteady Wi-Fi connections and delivers more bandwidth to consumers' homes for clearer, faster networks and strengthened reliability,” the company said. “It has built-in mesh technology, easy app-based setup, and allows for full access to all three bands so that customers and connected devices, 6E or not, benefit from the system.”

“The award-winning Deco now comes with voice built-in, while the Deco Mesh WiFi 6E and Archer router takes your WiFi to new levels,” the company said. “TP-Link’s 10G router and switch ensures the best connections possible, along with the 5G WiFi gateway Deco X80 and the HomeShield premium security service provide a blazing fast, easy to manage, and ultra-secure home networking experience for consumers and businesses.”

The products will be available throughout 2021, at what the company described as “competitive price points.”