Will Coronavirus Kill or Save Old-School DVD and Blu-ray Disks? 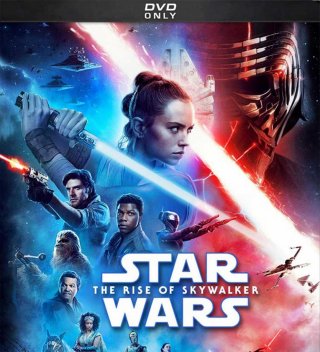 As everyone knows, the past month-plus of social distancing and stay-at-home orders has led to a major surge in streaming. The streaming services have seen big surges in subscriptions, as well as engagement time, with so many more people passing the time at home.

But what about older formats, like DVD and Blu-ray? People are still buying them, but it's not quite clear how many.

Media Play News, citing NPD Group’s VideoScan tracking service, reported over the weekend that in the month of March, Disney's "Frozen II" was the number-one selling title of combined DVDs and Blu-rays. "Frozen II" took the top spot even though it was made available to Disney+ subscribers on March 14.

However, neither released specific figures of exactly how many discs were sold.

“Jumanji: The Next Level” was second on NPD's March list, followed by Star Wars: The Rise of Skywalker. It reached that spot for March even though it was released on the last day of the month. NPD, per Media Play News, also said that "Rise of Skywalker" led the weekly sales chart for the week that ended April 11.

“The Rise of Skywalker,” the “Star Wars” movie that was released in theaters last December, is also number one on Amazon's bestseller lists for both DVD and Blu-ray. Amazon does not release specific sales figures for those lists.

"Bad Boys For Life" is second on both lists. For Blu-rays, last year's prestige drama "Little Women" is third, followed by the "Collector's Edition" Blu-ray set of the 1994 TV miniseries "Stephen King's the Stand." For DVDs, "The Phantom of the Opera at the Royal Albert Hall" is third, while the "Harry Potter: The Complete 8-Film Collection" set is fourth.

In Amazon's Ultra HD category, "Rise of Skywalker" is #1 as well, followed by "Jaws," although the latter film is listed as "currently unavailable."

The website The Numbers publishes specific sales figures of weekly sales of Blu-rays and DVDs, but that chart has not been updated since March 1.

While physical media  has been declining for years, there is still a market for it, and it's clear that while some Americans who are stuck at home are streaming, some others are still in the habit of purchasing DVDs and Blu-rays.

What about Redbox? The rental service requires venturing out of the home and using a touchscreen, and it appears at least some customers have been doing so.

A Redbox spokesperson told People last week that its 40,000 kiosks remain open, and advised customers to disinfect discs and cases before bringing them home, while also stepping up cleaning by its field staff.

Redbox's website lists the newly released "Dolittle" as tops on its "Most Popular" list, followed by "Underwater," "Just Mercy," "Jumanji: The Next Level" and "1917."