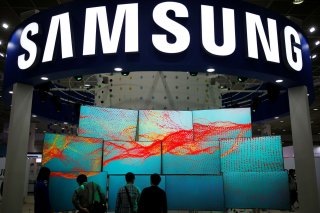 Thanks to the demand for TVs throughout the world, but especially in the United States and China, prices of LCD TV panels are expected to increase in the third quarter of this year. That’s according to a new report this week by Bob O’Brien of Digital Supply Chain Consultants.

“We now expect prices to increase in Q3 for all sizes of TV panels except 75”, with double-digit percent gains in sizes from 32” to 55”,” the firm said. “Although we continue to expect that the long-term downward trend will resume in Q4, and that TV panel prices will hit new all-time lows in Q1 2021, the situation remains dynamic, and with the pandemic raging it seems like an eternity between now and the end of the year.”

The largest panels, which are made more efficiently, are not likely to be affected.

DSCC went on to predict a “weaker-than-normal holiday selling season,” and that demand will increase once again, once the postponed 2020 Olympics in Tokyo are expected to take place in July and August of 2021.

While newer technologies like OLED and QLED are at the cutting-edge of TVs, LCD technology is still the dominant technology used in TV panels worldwide. For 2019, per Statista, LCD TV sets made up 96.7% of the market for TVs, although QLED and OLED are steadily gaining, a trend that is expected to continue in the coming years.

Samsung, for instance, will reportedly stop production of traditional LCD displays by the end of 2020, with LG Display and Panasonic also backing away from the technology. Samsung remains the leader in the global TV market for fourteen years in a row, per Flat Panels HD.