YouTube Streamers May Lose ESPN and Other Disney-Owned Channels 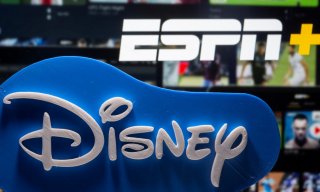 It’s been a year of many carriage disputes, with customers losing access to individual channels while the owners of the content and the service providing it quarrel over fees. The latest dispute could prove more painful to viewers than most.

According to the Hollywood Reporter, Disney and Google are in a dispute over the carriage of ESPN and other Disney-owned channels on YouTube TV. The dispute, which did not become public until Tuesday, would result in those channels being pulled from the vMVPD service if a deal is not reached before 11:59 p.m this Friday.

In addition to ESPN, other channels affected include FX, Freeform, and the ABC television network. But ESPN is important because it’s been part of cable systems for so long that even those who have switched the vMVPD YouTube TV expect it as part of their package.

“Disney Media and Entertainment Distribution has a highly successful track record of negotiating such agreements with providers of all types and sizes across the country and is committed to working with Google to reach a fair, market-based agreement,” Disney said in a statement Monday afternoon.

“We are optimistic that we can reach a deal and continue to provide their YouTube TV customers with our live sporting events and news coverage plus kids, family, and general entertainment programming.”

Google, in its own statement, called for an agreement and said that it would decrease its price by $15 a month, in the event of a dispute that pulls the channels.

Roku and Google, after a lengthy dispute, reached an agreement last week that will make YouTube and YouTube TV available on the Roku platform for multiple years. YouTube TV had been pulled from Roku’s Channel Store in April, although the service itself continued to be available through the main YouTube app. The financial terms of that deal were not disclosed at the time.

ESPN announced Tuesday that several upcoming NFL games, including a pair of games on the final Saturday of the season, January 8, will simulcast on ESPN+, as will the remaining Monday Night Football games this season, which air on December 20 and 27 and January 3. ESPN’s Wild Card playoff game, on January 17, will also appear on ESPN+.

There’s been some speculation in recent weeks that ultimately, Disney could choose to spin off ESPN. In October, the news outlet Puck reported that discussions about an ESPN spinoff are taking place inside Disney and that private equity firms have been approaching the company about such a move. The idea is that linear television isn’t growing at the level that Disney would prefer and that ESPN will later be hurt significantly by cord-cutting trends.

Disney has denied that any such move is in the offing.