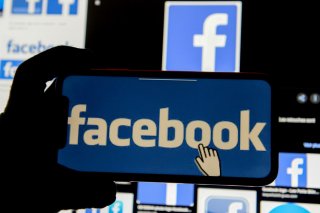 Amid the years-long spat between the tech giants, Facebook CEO Mark Zuckerberg in 2018 didn’t mince words when talking about rival Apple.

“We need to inflict pain,” he told his team, pointing out how terribly Apple was treating the company, according to people who were familiar with the exchange.

Today, the most recent feud has branched out to privacy notifications that Apple plans to include in the iOS 14 operating system for iPhones. Those notifications prompt users to give permissions to apps that want to track their activity—a change that Facebook fears would hurt its ad-driven business model.

The company said in a statement that Apple’s prompts do not provide the necessary context about the overall benefits of personalized advertisements.

“To help people make a more informed decision, we're also showing a screen of our own, along with Apple’s. It will provide more information about how we use personalized ads, which support small businesses and keep apps free,” the social media giant said in a statement.

“If a business is built on misleading users, on data exploitation, on choices that are no choices at all, it does not deserve our praise. It deserves scorn,” he said in a speech at a data privacy conference in Brussels.

He also criticized recommendation algorithms that can suggest certain extremist groups to Facebook’s users, adding that he believes that some companies, in an effort to boost engagement, reward content that undermines trust in public health initiatives like the current mass vaccination campaigns.

“At a moment of rampant disinformation and conspiracy theories juiced by algorithms, we can no longer turn a blind eye to a theory of technology that says all engagement is good and the longer the better,” Cook said.

Facebook also announced that it would start removing posts that contain false claims about vaccines. It had previously made it more difficult to see vaccine misinformation by “downranking” it, which makes it less visible in news feeds.

But now, such posts will be taken down entirely if the claims had been discredited or contradicted by reputable health agencies like the World Health Organization, the U.S. Food and Drug Administration, and the U.S. Centers for Disease Control and Prevention.