“It's Like Fighting Mr. Invisible”: How I Went to War Against Stealth F-22 Raptors and F-35s (And Lost Badly) 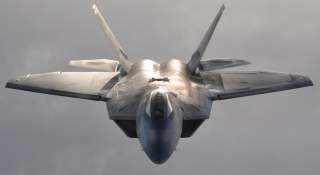