$15 Minimum Wages Would Be the Highest in the World 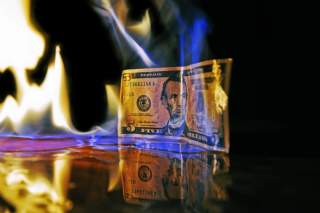 Leaders in New York and California signed legislation earlier this month that will raise the states’ minimum wages to $15 an hour, a rate higher than any other state’s in the nation, and every other nation in the world.

“Today’s landmark agreement will lift up poor Californians and give hardworking employees the resources they need to put food on the table for their families,” California state Sen. Mark Leno, D-San Francisco, said in a formal statement earlier this month.

“By moving to a $15 statewide minimum wage and enacting the strongest paid family leave policy in the nation, New York is showing the way forward on economic justice,” New York Gov. Andrew Cuomo said in a formal statement April 4.

In the United States, only Washington, D.C.’s minimum wage is currently higher at $10.50.

But now the states plan to raise their wages again. This time, the Empire State plans to implement a $15 pay rate between 2018 and 2021, and the Golden State plans to implement the same rate by 2022. Including inflation, which means workers in 2022 will effectively be paid $13.50 in today’s dollars, the minimum wage will be higher than any other existing wage in the world.

James Sherk, a research fellow in labor economics at The Heritage Foundation, told The Daily Signal in an email that when California’s $15 minimum wage is adjusted for inflation and state-specific living expenses, California’s minimum wage is still higher than everyone else, totalling $12.03 per hour. New York’s wage totals $11.74 per hour when adjusted for inflation and state-specific living expenses, according to Sherk. He added that $11.74 is a statewide average.

Today, Luxembourg and Australia have the highest minimum wages, topping out at $11.46 and $11.15 per hour respectively, according to the WSI Institute of Economic and Social Research’s 2016 Minimum Wage Database.

California and New York are even scheduled to top the minimum wage set by the Socialist Party in France, which presently ranks third highest in the world at $11.11, according to the German-based non-profit.

Sherk added that California’s minimum wage increase would also penalize teenagers and youths more than Luxembourg, Australia, and France, because unlike those countries, California does not have a lower minimum wage for younger workers.

“California is proposing a historically unprecedented minimum wage increase. No country in the developed world has raised their minimum wage that high,” Sherk said.

Sherk said that comparing purchasing power is important because it accounts for living costs that affect the value of wages abroad.

“Exchange rate conversions show what it would cost American tourists to purchase goods and services in a foreign country, but that does not necessarily reflect the living costs faced by workers who get paid in the local currency—not American dollars,” Sherk said, adding:

This piece was first published by The Daily Signal here.