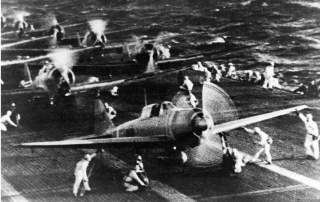 There has been growing concern in recent years over the state of the United States Arctic defenses. In fact, few Americans remember that Alaskan islands seized by Japanese forces remain one of the only case in which enemy forces successfully occupied U.S. territory during the twentieth century. The thirteen-month battle over the Aleutian Islands yielded numerous air and sea skirmishes fought over more than a thousand miles of frozen Arctic water. They concluded with a bloody amphibious invasion—and then one of the most bizarre intelligence failures of the war.