In 1969, North Korea Shot Down a U.S. Airplane and Killed 31 Americans 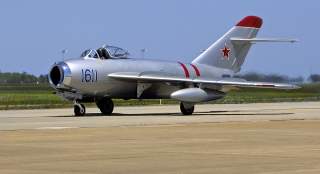