In 1973, America and Russia Almost Fought a Nuclear War over Syria 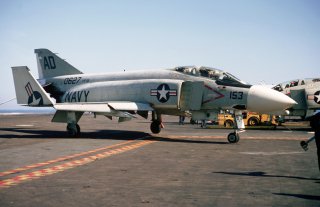