In 1983, Russia and America Came to the Brink of a Nuclear World War III 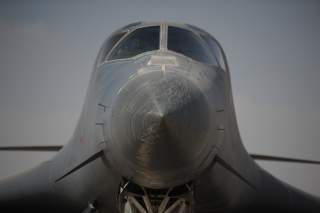 The U.S. government has just released one of the most worrying reports about the risk of nuclear war in the Cold War and the dangers of miscalculating Soviet intentions.

The top-secret document was released in October 2015. It’s a damning report made by the President’s Foreign Intelligence Advisory Board (PFIAB) in February 1990 about the U.S. intelligence community’s poor knowledge and lack of understanding of the USSR during the 1983 nuclear war scare.

Strategist readers will recall that in October 2013 I authored an ASPI Special Report The nuclear war scare of 1983: how serious was it? I had access to 57 U.S. intelligence documents—many of them National Intelligence Estimates on the USSR formerly highly classified—that had been obtained under the Freedom of Information Act (FOI) by the National Security Archive. Using those sources I painted a frightening picture of events in 1983 when the world stood on the edge of the nuclear abyss without America even realizing it. But there was one piece of critical evidence missing—the 1990 PFIAB report, which has only recently been released.

There was a series of crises in 1983 concerning the deployment by the U.S. in Europe of Pershing II theatre nuclear weapons with a flight time of 5 to 6 minutes to Moscow; President Reagan’s Strategic Defence Initiative (SDI, or ‘Star Wars’); his calling of the Soviet Union an ‘evil empire’; the Soviet Union’s shooting down of a Korean civilian airliner; and above all a major NATO exercise in November 1983 called ‘Able Archer’, which Moscow saw as a deception operation for the countdown to nuclear war. The Soviet Union’s intelligence organs mounted an unprecedented collection effort in an urgent attempt to detect warning indicators of NATO’s preparations for war. There was also an unprecedented emphasis on civil defense exercises, increased readiness of Soviet ballistic missile submarines and forward deployed nuclear capable aircraft, and massive military exercises responding to a sudden enemy nuclear strike.

The PFIAB Board’s report states that the evidence didn’t support such categorical conclusions. It says that Soviet actions strongly suggested that the USSR’s military leaders may have been seriously concerned that the U.S. would use Able Archer as a cover for launching a real attack and that the evidence strongly indicated that the war scare was real, not least in the minds of some Soviet leaders and particularly the General Secretary of the Communist Party and former KGB chief, Yuri Andropov.

The PFIAB report says that the situation could have been extremely dangerous if during the NATO exercise—perhaps through a series of ill-timed coincidences or because of faulty intelligence—the Soviets had misperceived U.S. actions as preparations for a real nuclear attack. The report is sharply critical of U.S. intelligence estimates for being overconfident and overly sanguine. The US intelligence community, it says, “did not at the time, and for several years afterwards, attach sufficient weight to the possibility that the war scare was real.” The Board repeatedly criticizes U.S. intelligence on Soviet leaders, saying at the time of the 1984 post-mortems that “the U.S. knew very little about Kremlin decision-making” even though senior intelligence analysts wrote confidently about “Soviet leadership intentions.” U.S. intelligence judgements “were overconfident, particularly in the judgements pertaining to Soviet leadership intentions—since little intelligence, human or technical, existed to support them.”

The Board’s report concludes that in 1983 the U.S. may have inadvertently placed its relations with the Soviet Union on a hair trigger and that for Soviet leaders the war scare was real, and that U.S. intelligence post-mortems didn’t take it seriously enough. As a result, the President was given assessments of Soviet attitudes and actions that understated the risks to the U.S.

And where was the Australian intelligence community’s assessments of the Soviet Union in 1983? The Office of National Assessments (ONA) advice to the Defense Committee’s Strategic Basis of Australian Defence Policy 1983 (classified Secret AUSTEO) was that the USSR “has achieved superiority in the critical area of ICBMs and intermediate nuclear forces” and “The U.S. sees the USSR as able to destroy virtually all U.S. missiles on the ground using only a portion of Soviet forces, while the U.S. cannot inflict similar damage on Soviet forces even using its entire ICBM force.” It asserted that “U.S. strategic planners must calculate that in a full nuclear exchange the USSR could have the final advantage in terms of survival at some level short of national extinction.” ONA was effectively arguing that it was the Soviet Union that had “strategic superiority,” sufficient for its leadership to be sure of fighting and winning a nuclear war and that the overall balance of power had moved to favour the USSR decisively. Thus, ONA—Australia’s paramount intelligence agency—was parroting the U.S. intelligence community’s group-think about Soviet military superiority when, in fact, the PFIAB Board assesses the Soviets at that time perceived that the correlation of forces had turned against the USSR, that the US was seeking military superiority, and that the chances of the US launching a nuclear first strike were growing.

The implications of all this for the Australian intelligence community is that the PFIAB report of 1990 should become a compulsory training manual for all new intelligence recruits as a case study in how not to do intelligence analysis about your enemy. When analysts attempt to arrive at a single strong conclusion, as in 2003 with assertions about ‘evidence’ of Iraq’s nuclear weapons, they run the risk of being dangerously wrong.