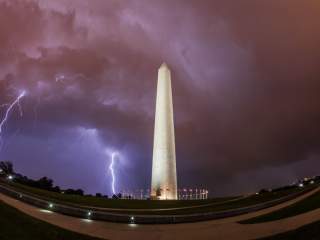 On Tuesday, CFR.org posted an interview I did previewing the year ahead. My take in a nutshell: 2016 is shaping up to be a tumultuous year. The list of problems is long: a resurgence in terrorism, chaos in the Middle East, tensions in Asia and sluggish global economic growth. All of this will be happening amidst what promises to be a raucous American presidential campaign that will likely generate more heat than light on the foreign policy challenges facing the United States.

So as we enter 2016, here are five big foreign policy questions I am pondering:

1) Are we on the verge of a global economic slowdown, and if so, what will be its consequences? China’s double-digit economic growth created boom times around the world as countries rushed to feed the Chinese economic juggernaut. But now Beijing says its growth rates have dipped below 7 percent, and they are perhaps substantially lower than that. Oil prices have plummeted, putting a big pinch on oil producers around the world. The U.S. Federal Reserve is trying to raise interest rates without stalling the weak U.S. economic recovery. With no major economy looking ready to reignite boom times, the global economic picture could get worse—potentially much worse. The political and geopolitical fallout could be immense. Will Beijing act more belligerently abroad to offset tough times at home? What about Russia? Will efforts by commodity producing nations to curtail government spending trigger political crises? Will increased economic hardship accelerate the already substantial movement of migrants from poorer countries to richer ones?

2) Will Europe turn the corner in 2016 or continue to fray? It’s been a rough several years for what Americans like to call the “Old World.” A crushing recession. Austerity plans that inflicted deep pain but produced a feeble recovery. Multiple debt crises that raised deep questions about the viability of the eurozone. A populist (and at times xenophobic) backlash against Brussels and the idea of an “ever closer union.” And, a refugee and migrant crisis that revealed bitter divisions both between countries and within them. Solutions to these problems look to be in short supply. If Europe doesn’t get its mojo back in 2016, will we be talking in 2017 about the unraveling of the European Union, one of the great accomplishments of the post-World War II era?

3) What will be the Kremlin’s next surprise? In 2014, it was the annexation of Crimea. In 2015, it was the intervention in Syria. Vladimir Putin loves to flex Russia’s (atrophied) muscles, likes to upset the status quo, and would love to split the United States from its friends and allies. Does he have a new move for 2016? If so, what is it and where will it be?

4) Does the White House–or anyone else–have a strategy for dealing with a newly energized Iran? The Iran nuclear deal was one of the most important developments of 2015. But its ultimate significance will turn less on what the P5+1 agreed to at Vienna and more on what they do now that the deal has been struck. Iran will receive as much as $100 billion as the sanctions against it are lifted. That will boost a struggling Iranian economy and make it easier for Tehran to meddle in its neighborhood and beyond. The White House hopes the nuclear deal will transform Iran’s relations with the West and possibly even transform Iran itself. But what mix of carrots and sticks will maximize the odds of seeing a transformed Iran, minimize the chances that Tehran can subvert its neighbors, and prevent the emergence in fifteen years of a nuclear-armed Iran?

5) What will the United States do if China escalates the island-building dispute in the South China Sea? China claims much of the South China Sea and is creating artificial islands to make that claim a reality. The United States takes no position on China’s broad maritime claims, but it decisively rejects China’s claim that the twelve-mile zone around these new islands constitutes Chinese territorial waters. To drive the point home, a U.S. navy destroyer sailed near one of the artificial islands in late October. Then in December, a U.S. B-52 bomber accidentally flew over another one. China lodged diplomatic protests in both instances, and has so far left it at that. But what if China contests, either by intent or accident, future military operations by the United States or a U.S. ally near one of the new islands? And even if Beijing continues to opt for diplomatic protests, can the United States or the countries in the region stand idly by while it, so to speak, changes the facts on the ground?

No, I don’t have answers to these questions. But if you do, or you just want to speculate on their answers, use the comment box below. And if you have different, or better, big foreign policy questions that you are asking, let everyone know what they are in the comment box as well.

James M. Lindsay is a senior vice president, Director of Studies and Maurice R. Greenberg Chair at the Council on Foreign Relations. This article first appeared in the Water’s Edge.