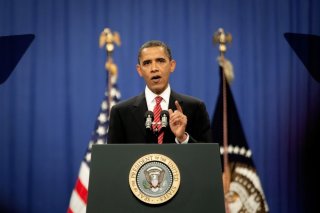 UnitedHealthcare’s decision to not offer Affordable Care Act exchange plans next year in “at least 26 of the 34 states where it sold 2016 coverage” may soon be followed by similar announcements from other health care insurers.

At least that is one implication that can be drawn from the findings reported in a new paper analyzing the performance of insurers that offered exchange coverage in 2014.

They found that, in the aggregate, insurers incurred substantial losses offering exchange coverage. Furthermore, the poor results were despite insurers receiving substantial subsidies—indeed, more than they originally expected—through the Affordable Care Act’s “reinsurance” program. Specifically, they found that aggregate insurer losses were in excess of $2.2 billion, despite insurers receiving net reinsurance payments of $6.7 billion.

Additionally, the authors estimate that without the reinsurance subsidies, average exchange premiums in 2014 would have needed to be 26 percent higher to cover insurer costs. But they point out,

If premiums had been 26 percent higher, on average, enrollment would have been lower and adverse selection would have increased. Relatively healthy people and higher income enrollees, who qualify for smaller subsidies if they qualify for any subsidies, would have been deterred to a greater degree than people who expected to use more health care services. As a result of this dynamic effect, the premium increase would likely have needed to be substantially greater than 26 percent for insurers to break even on their Qualified Health Plans in 2014.

That is significant because the Affordable Care Act set the reinsurance program to operate for only the years 2014 through 2016. Thus, starting in 2017, insurers will need to charge premiums for exchange plans that are high enough to cover their costs without those subsidies.

As Haislmaier and his colleagues note, “the key question is whether insurers that continue offering Qualified Health Plans can reverse their losses through some combination of higher premiums and [insurance] plan redesign.”

Of course, another possibility is that in the coming months more insurers will simply follow the lead of UnitedHealthcare and head for the exits.