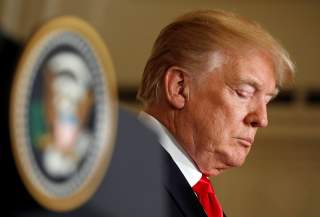 President Donald Trump said Thursday that he would announce tariffs on steel and aluminum imports in the coming week. This move follows reports from the Commerce Department that investigated the impact of these imports.

The president is expected to impose tariffs of 25 percent on steel and 10 percent on aluminum. This will lead to increased prices for these commodities in the U.S.

Here are three reasons why tariffs on steel and aluminum would be bad for American workers:

1 - Steel-using industries employ 17 million Americans in sectors ranging from automotive manufacturing to construction. An increase in the price of imported steel and aluminum would put these jobs at risk. This already happened in the recent past. Steel tariffs imposed in 2002 cost 200,000 hardworking Americans their jobs.

2 - Trade restrictions, by their nature, result in price increases for the goods in question. If the price of steel and aluminum goes up, manufacturers will be forced to pass those costs onto American consumers.

3 - In 2002, the United States faced threats of retaliatory tariffs from major trading partners. Oftentimes, agriculture products are the first target, and in the past, the European Union targeted Florida orange juice. Canada has already threatened retaliation should the U.S. move forward. Tariffs on U.S. exports in retaliation, in the agriculture sector for example, could lead to lower sales abroad for U.S. businesses, putting the jobs of additional American workers at risk.

These potential tariffs may put small groups of manufacturers on life support, but they will jeopardize the jobs of millions. The president has a responsibility to protect all American workers rather than a select few, and he should refrain from imposing tariffs on steel and aluminum.