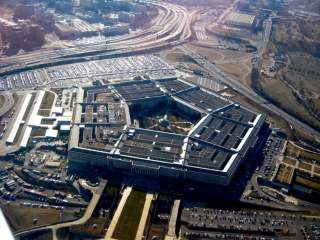 This week, Politico broke the story of a memo from senior Pentagon officials to the secretary of defense laying out how the Pentagon could “play hardball” against a funding gimmick included in the House defense policy and funding bills.

The gimmick in both bills involves only funding overseas operations (in Afghanistan and elsewhere) for part of the year, and using those funds instead to increase military readiness and modernization. The Pentagon memo outlines various ways to play political hardball in its fight against this gimmick, including its “primary weapon” of a veto threat, seeking to increase divisions between Republicans and Democrats on the issue, and undermining the chairman of the House Armed Services Committee.

Unfortunately, the plan to play hardball is both misguided and distracts from the more important priority of rebuilding the bipartisan consensus on national security.

1. The Pentagon fighting against a budget increase is pretty hypocritical. As the 2016 Index of Military Strength makes clear, all of the military services have been struggling as a result of major budget cuts. Combat readiness levels are very low. The military is at historically small levels. The secretary of defense has been clear that the military needs at least another $100 billion over the next five years. So why “play hardball” and fight against an extra $18 billion this year?

2. This is a budget gimmick, but the risk to troops in combat is low. No one believes that Congress will actually leave troops in Afghanistan without funding next April. This gimmick isn’t great, but the next presidential administration and the next Congress will have plenty of time to address the spending gap. The gimmick only exists because Republicans are trying to find a way around Democrats who have deliberately linked military funding to unrelated domestic funding. Democrats also don’t have the moral high ground here after actively trying to defund troops in combat just a few years ago.

3. Pentagon political appointees are carrying water for the White House.This shouldn’t surprise anyone, but the whole reason that the Pentagon is preparing to “play hardball” is because the administration doesn’t want a higher defense budget without commensurate dollar-for-dollar increases for domestic priorities. The fight here is really about the White House trying to maintain a link between defense and nondefense budgets. That’s unsound policy. The Pentagon should be fighting for its own budget on its own merits, not for or against domestic spending.

Instead of preparing to “play hardball” against Congress, Pentagon leaders should be focusing on rebuilding the U.S. military. And guess what? Rebuilding requires more funding. And rebuilding requires support from the White House and from both sides of the aisle in Congress.

With bipartisan support in Congress, and the backing of the White House, the secretary of defense could propose a way to increase the defense budget without relying on this gimmick. The best path would be to increase the defense budget with corresponding cuts to nondefense portions of the budget, as outlined in the Blueprint for Balance. As outlined in the blueprint, there are plenty of places to cut, ranging from the Department of Agriculture’s catfish inspection program ($14 million per year) to federal energy subsidies ($28 billion per year).

Instead of charting a responsible course for the national security budget, the secretary of defense and his team are choosing to fight against some of their best allies in Congress. Playing “hardball” does not enhance the security of our country or serve the men and women in uniform. The secretary is choosing to fight the wrong people on the wrong issue. It’s time to come together and begin rebuilding the U.S. military.