5 Democrats Who Could Run For President in 2020 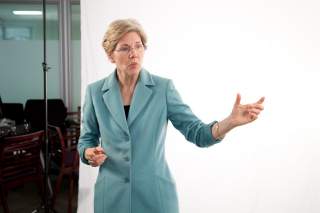 The Democratic Party remains divided and leaderless with no clear conscious message other than “resist” and saying the word “shit” as often as possible while referring to Republicans. So whoever is nominated for the presidency not only has the job of unseating President Trump, but that person also has the task of creating a vision and mission for the Democratic Party. Here are five Democrats most likely to make a run for the Oval Office and become a leader for Democrats:

Cuomo will likely run for president. He may still be saying in interviews that he’s focused on his 2018 reelection, but his budget says otherwise. Cuomo’s budget was notably more progressive, pushing forward a plan to get free college for New Yorkers whose families earned under $150,000 a year. While it’s an idea that is embraced by progressives, Democrats in the state assembly slammed the governor because his plan would only cover thirty-two thousand students and not the million he promised. It became even more evident that the plan had to do with his presidential ambitions both Bernie Sanders and Hillary Clinton supported the bill at different events.

While Cuomo could certainly raise millions in support of his campaign and run as both a progressive who gets things done, he was able to work well with the Republican-controlled state senate. Still, progressive activists are unlikely to get behind Cuomo. More than two hundred thousand New York Democrats voted against him in the 2014 primary. He was unable to win them back in the general election and the Green Party scored an unprecedented 5 percent of the vote. Despite his support for universal higher education, Cuomo’s moderate past and veto of the 2016 legal-defense bill is unlikely to bridge the divide between him and Sanders supporters.

Booker is another Democrat from an East Coast blue state that is carefully looking at his options. A lot of Democrats walked away from the 2016 election believing that the Obama coalition would only come out in strong enough numbers if there was a minority candidate at the top of the ticket. Given the lack of minority senators and governors, Booker is a big fish in a small pond, and he’s been gaining more national attention, especially for condemning Attorney General Jeff Sessions. Booker worked with Sessions to praise civil rights activists, but when it became politically convenient to call the Attorney General a racist, the New Jersey senator took up the opportunity. The New Jersey senator could also easily fundraise millions of dollars with deep ties to investment and securities, but like Cuomo, he may have trouble winning over the progressive base that is likely to have a bigger role in the 2020 election.

No one in the U.S. Senate is working harder at being the face of “The Resistance” than New York’s junior senator. According to Nate Silver, Gillibrand has twice voted for the Trump agenda in the first one hundred days—the lowest of any senator on both sides of the aisle. Despite being one of Hillary Clinton’s earliest and most vocal supporters, Gillibrand has found her inner Bernie-Sanders progressive. It’s not surprising to anyone who followed her career, she’ll say anything at any time. She was famously against amnesty for illegal immigrants and was strongly pro-gun during her time in the House of Representatives.

Unlike everyone else on this list, Warren will not deny she has presidential ambitions. From the moment she came into office, Warren became a progressive icon able to demand huge crowds and millions of dollars in grassroot donations. She also changed her portfolio in 2017, joining the Armed Services Committee to gain some foreign-policy experience. With an aging Bernie Sanders, who will be seventy-nine in 2020, a lot of progressives are hopeful that Warren will run and, unlike Sanders, establishment Democrats will not be able to blame her for Clinton’s 2016 loss. If she does jump into the race, look out for Wall Street to invest like never before in Booker or Cuomo to stop her.

Biden believes deep down that he could have won in 2016 if he hadn’t been stopped by both internal pressure and his son’s untimely death. Despite being seventy-eight in 2020, the spirit will be willing and the flesh might be strong enough for him to campaign on reviving Obama’s presidency. He also may be the only Democrat able to reach out to the same voters in rural America who denied Clinton the White House.