5 Futuristic (And Terrifying) Weapons That Could Change Warfare Forever 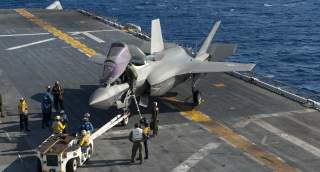