5 Guns Militaries Around the World Want in a War 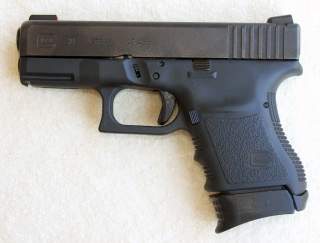 The world’s armies still rely on semi-automatic handguns. Despite a revolution in firepower that has seen ground forces implement fully automatic carbines and assault rifles, pistols are still issued in large numbers. Pistols are weapons of last resort for soldiers who don’t fight on the front lines and for whom an assault rifle would just get in the way of their real jobs—but who might occasionally need a weapon to defend themselves.

In military service, handguns are used by a wide variety of noncombat troops. Military pilots carry handguns for self-defense in the event they crash or are shot down. Officers carry handguns, both for self-defense and as a symbol of their authority and enforcer of discipline on the battlefield. Truck drivers, tankers, medics and heavy weapons crews are also issued handguns. On the extreme en, military special forces carry handguns, often trained to use them offensively in close quarters combat. Here are five of the best service pistols in use today.

The Sig Sauer P320 was recently picked by the U.S. Army to fulfill the service’s Modular Handgun System program. The full-sized P320 is known in U.S. military service as the M17, while the P320 compact is known as the M18. The P320 is a relatively new striker-fired handgun. The 9mm P320 has a fifteen-round magazine, is fully ambidextrous, and has a manual safety and loaded chamber indicator. It also has a Picatinny rail for mounting lights and laser aiming devices, threaded barrel and interchangeable grip modules to accommodate different hand sizes. The P320 is in service with the U.S. military and Danish armed forces.

The Glock 17 started the “Wonder Nine” revolution of lightweight, polymer-framed, large capacity 9mm handguns. More than thirty years later it still has a commanding lead in the number of armies that have adopted it for service. The Glock 17 was initially designed to fulfill an Austrian armed forces contract, and as such was designed with a high level of durability and reliability. The Glock features what was originally considered a unique combination of steel slide and polymer frame, which shaves several ounces off the overall weight of the gun. The seventeen-round double stack magazine is one of the largest available, and the weapon is designed to feature a high degree of “pointability”—that is, the pistol is designed to function as a natural extension of the shooter’s hand and eye coordination.

The Glock 17 is in service with armed forces of Austria, Great Britain, France, Norway, Sweden, Finland, the Netherlands and New Zealand.

The German Heckler & Koch Universal Service Pistol (USP) was designed in the late 1980s to compete with the Glock 17. The USP features an ambidextrous magazine release, oversized trigger guard for accommodating gloved hands, and an under barrel rail for mounting lights and lasers. The 9mm version of the handgun holds up to fifteen rounds. The handgun attracted the attention of special forces worldwide after a specialized version won a the U.S. Special Operations Command competition to field the Offensive Handgun Weapon System program, a gun that became known as the Mk. 23. The H&K USP is in use by the armed forces or special forces of Germany, Greece, Spain, Canada, South Korea, Thailand and Portugal.

The MP-443 Grach, or “Rook” was first introduced in the early 2000s and is slowly replacing older pistols—including the legendary Makarov—in Russian military service. The Grach is made of all steel, is internally similar to the Browning Hi Power pistol and uses a double-action trigger system. The pistol also uses 9mm Luger ammunition, the first Soviet/Russian service handgun to be compatible with Western handgun ammo. The Grach has a large eighteen-round magazine and is in use by the Russian Armed Forces.

The Browning Hi Power design predates World War II but is still in service today with a number of armed forces—particularly those of the Commonwealth. Introduced in 1935, the Hi Power was the Glock of its day, a revolutionary new pistol that was simple to disassemble and took a large, fifteen-round double-stacked magazine. The Hi Power earned its name from the power of the relatively new 9mm cartridge it used. Many of the armed forces that still use the Hi Power have used existing stocks for decades. The armed forces of Australia, Belgium, Canada, Indonesia and India all still use the Hi Power.