5 Submachine Guns That Can Do Some Serious Damage 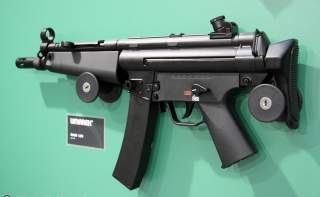