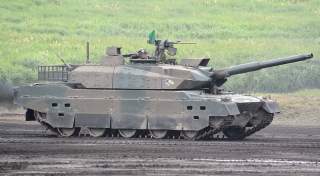 1. Aegis Ashore: The land-based version of the Aegis combat system that powers both U.S. and Japanese ships, Aegis Ashore would be useful in preventing North Korean missile warheads from falling on Japan. While Japan already has the Aegis ballistic missile defense system on its Kongo-class guided-missile destroyers, there are only four of them. Permanent Aegis Ashore bases would be available 24/7, freeing up the Kongo destroyers for traditional surface-warfare roles. Such a system would also be much cheaper than purchasing new destroyers.

2. Global Hawk: Japan is currently planning to purchase three RQ-4 high-altitude long-endurance drones from the United States, almost certainly with North Korea in mind. It’s not enough. In the event of war, North Korea’s rocket forces—and possibly its nuclear weapons—will scatter to avoid detection. While Pyongyang’s missile routes are somewhat predictable—the country has only five hundred miles of paved roads—the new Pukkuksong-2 medium-range ballistic missile is based a on a tracked chassis and has some capability to travel offroad. This will drastically expand the necessary search area for any country attempting to hunt down North Korea’s mobile missiles.

3. KC-46 Pegasus tankers: Japan has four KC-767J midair refueling tankers. Although capable aircraft, they are too few in number to support a sustained anti-ballistic-missile campaign. Japan selected the U.S. Air Force’s KC-46A Pegasus tanker in 2015. In the event of war, Japan will need to be able to conduct combat air patrols over the Sea of Japan, intercepting enemy aircraft as far away from the Home Islands as possible.

4. MQ-9 Reaper drones: Once Japanese ISR assets detect North Korean mobile launchers in the wild, they will have to be quickly destroyed. The urgency of the antimissile campaign means that North Korean air defenses may not be adequately suppressed, making missions over the country risky. MQ-9 Reaper medium-altitude long-endurance drones could fly such missions instead, taking off from Japan loaded with fuel and munitions and flying long patrols over North Korea.