5 Worst Military Rifles on the Planet 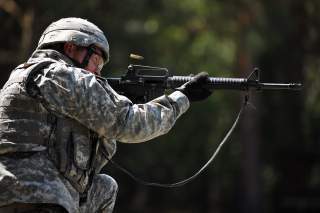 Military rifles were for decades the primary weapon of an army. Wielded by the largest fighting branch, the infantry, rifles were used in both attack and defense. Because of their importance and the slow march of technological innovation, rifles were upgraded conservatively, with some armies, such as the the German and British armies, using the same rifle for fifty years or more. Rifles simply had to work, and it was better to stick with an older one that was a sure thing than a newer rifle that was less than perfectly reliable.

Kyle Mizokami is a defense and national-security writer based in San Francisco who has appeared in the Diplomat, Foreign Policy, War is Boring and the Daily Beast. In 2009 he cofounded the defense and security blog Japan Security Watch. You can follow him on Twitter at @KyleMizokami.