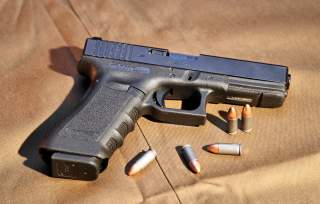 In the wake of the tragic murder of 17 innocent students and teachers at Marjory Stoneman Douglas High School in Parkland, Florida, students, educators, politicians, and activists are searching for solutions to prevent future school shootings.

As emotions morph from grief to anger to resolve, it is vitally important to supply facts so that policymakers and professionals can fashion solutions based on objective data rather than well-intended but misguided emotional fixes.

Are there ways to reduce gun violence and school shootings? Yes, but only after objectively assessing the facts and working collaboratively to fashion common-sense solutions.

-“Mass shooting” typically refers to mass killings perpetrated by a firearm or firearms. In 2013, Congress defined “mass killing” as “3 or more killings in a single incident.”

-A prominent 2017 study defined “mass public shootings” as incidents that occur in the absence of other criminal activity (such as robberies, drug deals, and gang-related turf wars) in which a gun is used to kill four or more victims at a public location.

1. Mass killings are rare, and mass public shootings are even rarer.

-Only 12 percent of mass killings are mass public shootings. Most mass killings are familicides (murders of family members or intimate partners) and felony-related killings (such as robberies gone awry or gang-related “turf battles”).

-Although there has been a slight increase in the frequency of mass public shootings over the past few years, the rates are still similar to what the United States experienced in the 1980s and early 1990s.

2. Many gun control measures are not likely to be helpful.

-Over 90 percent of public mass shootings take place in “gun-free zones” where civilians are not permitted to carry firearms.

-A complete ban on “assault weapons” will save very few lives: Six out of every 10 mass public shootings are carried out by handguns alone, while only one in 10 is committed with a rifle alone.

-Few mass public shooters have used “high-capacity magazines,” and there is no evidence that the lethality of their attacks would have been affected by delays of two to four seconds to switch magazines. In fact, some of the largest mass shootings in U.S. history were carried out with “low-capacity” weapons:

-The Virginia Tech shooter killed 32 and injured 17 with two handguns, one of which had a 10-round magazine and the other a 15-round magazine. He simply brought 19 extra magazines.

-Twenty-three people were killed and another 20 injured in a Killeen, Texas, cafeteria by a man with two 9mm handguns, capable of maximums of 15-round and 17-round magazines, respectively.

-A mentally disturbed man armed with two handguns and a shotgun shot and killed 21 people in a San Ysidro McDonald’s and injured another 19. The handguns utilized 13-round and 20-round magazines, and the shotgun had a five-round capacity.

-According to one study, 60 percent of mass public shooters had been diagnosed with a mental disorder or had demonstrated signs of serious mental illness prior to the attack.

-A large body of research shows a statistical link between mass public killings and serious untreated psychiatric illness. The most commonly diagnosed illnesses among mass public shooters are paranoid schizophrenia and severe depression.

-It is important to remember that the vast majority of people with mental disorders do not engage in violent behaviors, and there is no empirical means of effectively identifying potential mass murderers.

4. The United States does not have an extraordinary problem with mass public shootings compared to other developed countries.

-After adjusting for population differences, many other developed countries have worse problems with mass public shootings than the United States has.

-There were 27 percent more casualties per capita from mass public shootings in the European Union than in the U.S. from 2009 to 2015.

5. Mass killers often find ways to kill even without firearms.

-Some of the worst mass killings in the United States have occurred without firearms:

-Before the 2016 Orlando nightclub shooting, the deadliest attack on the LGBT community in America occurred in 1973 when an arsonist killed 32 and injured 15 at the Upstairs Lounge in New Orleans.

-In 1987, a disgruntled former airline employee killed 43 people after he hijacked and intentionally crashed a passenger plane.

-In 1990, an angry ex-lover burned down the Happy Land social club where his former girlfriend worked, killing 87 others in the process.

-In 1995, 168 people were killed and more than 600 were injured by a truck bomb parked outside the Alfred P. Murrah Federal Building in Oklahoma City, Oklahoma.

-In 2017, a man in New York City killed eight and injured 11 by renting a truck and plowing down pedestrians on a Manhattan bike path.

-Australia did not “eliminate mass public shootings” by banning assault weapons. Mass shootings in the country were rare before the 1996 National Firearms Act, and multiple-casualty shootings still occur.

-Before 1996, firearms crimes in Australia rarely involved firearms prohibited under the National Firearms Act, suggesting that any change in firearm-related crimes or deaths was not due to the law.

-Further, Australia did not see a reduction in “mass murders.” In the years immediately following enactment of the National Firearms Act, the country experienced six mass murders in which five or more people were killed—they just were not killed with guns.