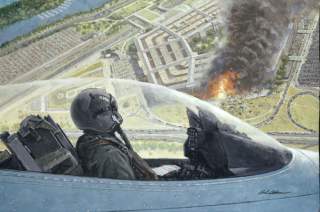 Having been in the Pentagon on 9/11, it does not seem as if it was 15 years ago that our lives and national trajectory were changed so much.

For those who have been in the middle of it all, the time has gone swiftly. To many others, it is ancient history. Some interns at The Heritage Foundation were only as young as 4 and 5 years old on that chaotic day. That said, what lessons could we learn from the trial of the Long War? Here are 10 worth considering.

1. Every nation is vulnerable, and democracies are even more so. The optimism and freedoms of America make it open to attack. The 9/11 terrorists came here using programs designed to introduce America to the world. In the past, the two great oceans that flank our shores protected us from direct attack. The globalization of everything has made that moot. Americans can be attacked just like everyone else.

2. America is resilient. The sheer magnitude of the 9/11 attacks were a massive gut punch that would have cowed nearly every other. Not so America. Yes, we were shaken and dismayed, but within hours, the leaders of the greatest nation in the world were moving to respond. The American economy did not collapse, the wheels of government did not lock up, and the cries to withdraw from the world were few and weak. No, America knew it must “cowboy up,” and continued to function after the atrocity took place.

3. Terrorism is a much longer-term foe than any nation-state opponent. Americans prefer our foreign policy engagements to be finite in time, particularly the military variety. World War II lasted just a few years; Vietnam was long, but eventually ended. Fighting terror still has no end in sight. President Barack Obama blithely opined, “We can’t just go on fighting forever.” Unfortunately, he forgot the rule that “the enemy gets a vote.” The radical Islamist terrorists who attacked America have not given up yet, and we can’t either. The fight continues.

4. America must maximize both security and civil liberties. Directly after 9/11, the natural response was to tilt toward security, out of the very justifiable fear of subsequent attacks. Then the pendulum swung back the other way. Today, the debate continues. This is not a liberal vs. conservative intellectual nitpicking exercise. It is the heart and soul of a system that makes America unique. Yes, democracies like the United States have vulnerabilities due to the protections of our rights and the openness of our system. The challenge to America’s leaders is to protect citizens’ lives and property without unduly burdening the freedoms we hold so dear. It is not easy, will always raise questions, and is the most important balancing act demanded of leaders. It takes an ongoing national dialogue that cannot be truncated or skipped, in either direction.

5. Every American must know their principles. Many politicians will blow like the wind on critical issues. Many office holders swung one way and then the other on the security vs. civil liberties question. They displayed the old “I was for it, before I was against it, before I was for it” intellectual impotence that proves to the general population that we cannot leave these questions to politicians alone. The American people as a whole must be engaged, and therefore must know what they believe. This is not an “Inside the Beltway” issue, but one for all Americans.

6. You don’t always get to pick your foe, or when you will fight them. On a personal level, after a career as an Army Special Forces officer, going all over the world, on 9/11 I went to war in my polyester dress pants and patent leather dress shoes in a northern Virginia suburb. So did the nation. Despite previous declarations of war by al-Qaeda, and multiple attacks, we finally accepted the reality. No one wanted it, but American had to respond.

7. The “baddest” and best military in the world (and America has it) can still have trouble defeating an asymmetric foe. The American military must be ready to fight anywhere in the world, against a myriad of enemies. Her interests are global and so are the threats. The requirements to do that do not always make for the most immediately effective response against an unexpected challenge like al-Qaeda (and now the Islamic State). Additionally, America fights by “the rules.” Her military follows the laws of war, and asymmetric opponents do not. It does not mean we should change, but it must be recognized that a small, ideologically driven foe can sometimes be tough to eradicate. That is not failure, it’s reality.

8. America’s leaders need to lead. Standing aside is not a viable option. Leading can be summed up in a couple of phrases. They must prepare the American people for what is ahead. Don’t sugarcoat it, or fail to explain all that must be done. Tell the truth. Trying to cover up facts or run hidden agendas never works, and just kills trust. Make the tough decisions. Leaders are elected to lead, so don’t live by poll numbers, live by what is right and best for America. Lastly, use the system given to us by the Constitution. Don’t circumvent it, or play games. America’s system is not quick or easy, but it is the best system of government in the world. Stop playing games, and do your jobs.

9. America’s youth is still superlative. Every “younger” generation has been looked at askance by their elders. Yes, the millennial generation has its fair share of less than engaged individuals. That said, there are a significant number who are fantastic. The young volunteers who make up the U.S. military are today’s Greatest Generation. The number of young people in government and around the country in business who have character, a fine work ethic, and a willingness to sacrifice are more than a critical mass to keep America moving forward. They “get it,” and are ready to take the baton. America’s future is bright.

10. Lastly, America is not perfect, but its people, and frankly the rest of the world, do believe it is exceptional, and expect it to act the part. Gen. Mike Hayden has said that America’s retreat from leadership in the last seven and a half years has been like the classic film “It’s a Wonderful Life,” where the despairing hero gets to see what the world would be like if he had never lived. Hint: it’s not good. The world without America’s leadership is a lesser place. Americans are not better than everyone else, but our country has been called to play a role that flows from the principles that the Founding Fathers built into the Declaration of Independence, and the Constitution. America is exceptional, and it must lead.

It has been a long, difficult 15 years. It has been a time of sacrifice and struggle that no American asked for, or wanted. There are lessons to be learned, and if they are heeded, America’s time is not over.