98 Percent of Corrupt Chinese ‘Tigers’ Have This in Common 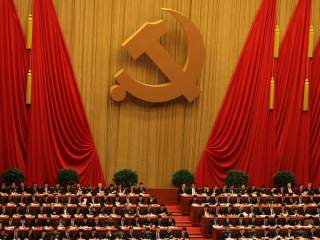 A glance through ChinaFile’s recently released visualization of individuals investigated in China’s ongoing anticorruption campaign to “swat flies and hunt tigers” makes one thing clear: the only place where tigresses are rarer than in a Siberian reserve is in the ranks of Chinese officialdom. Among the 1,462 officials whose cases were announced by the Chinese government, only sixty-nine are women. Of those women, only three are considered “tigers,” those who have at least a deputy ministerial or deputy provincial-level rank; women make up around 2 percent of the “tigers” brought down by corruption.

The first female “tiger” investigated in the anticorruption campaign was Bai Yun, the head of the United Front Work Department in Shanxi province and a member of the provincial standing committee. The Central Commission for Discipline Inspection (CCDI) announced her investigation in August 2014 and she was expelled from the Chinese Communist Party (CCP) in February 2015. Bai began her career in the military, worked in the Communist Youth League and later served as party secretary of various cities in Shanxi. During one of these posts she was associated with a bribery case involving a property developer. The second female tiger and only female general accused in the anticorruption campaign was Major General Gao Xiaoyan, who served as the deputy commissar of the People’s Liberation Army (PLA) Information Engineering University. Authorities detained her in late November 2014, likely over bribes linked to construction projects at the 309th Hospital of the PLA, where she served as party secretary for seven years. Most recently, Lü Xiwen, the deputy party secretary of the Beijing Party Committee and director of Beijing’s Communist Party School, was expelled from the CCP in January 2016 after a two-month investigation. The CCDI’s charges against her included accusations that she “improperly discussed major policies of the central Party” and “resisted organizational oversight” among other infractions. Of the three women, she is the highest ranking to have been investigated.

Even among lower-ranking officials, women still form a sliver of those accused of corruption. Why have so few women been investigated and punished in the anticorruption campaign? Two lines of argument could offer an explanation. First, since women remain sparse in the senior levels of Chinese government, they may simply have fewer opportunities to take bribes or engage in corruption. Second, even when presented with the same opportunities for corruption, women may be less prone to act on them.

The paucity of women in the Chinese government’s upper echelons supports the first argument. Contrary to Chairman Mao’s maxim that “women hold up half the sky,” one Chinese blogger wrote, “In politics, the amount of sky held up by women is only about one half of one half of one half of one half. . . of one half.” In the current CCP Politburo, there are two women out of twenty-five and ten women rank among the 205 members the 18th Central Committee of the CCP, which assumed office in 2012. The highest-ranking woman now in the Chinese government is Vice Premier Liu Yandong, whose portfolio includes, culture, sports, science and education. A woman has never been part of China’s most elite governing body, the Politburo Standing Committee. In the lower and middle levels of government, women appear more frequently, particularly in urban areas. This is partially attributable to gender-based quotas for certain positions.

Even in this context, however, the share of women taken down in the anticorruption campaign is low, a mere 4.72 percent of the total. In contrast, women make up 23.4 percent and 18.4 percent, respectively, of the National People’s Congress and the Chinese People’s Political Consultative Conference, China’s two top representative bodies.

One explanation for such a gap is that once in government, women often occupy positions where opportunities to take large bribes rarely appear. For instance, female officials are relatively scarce in departments dealing with topics such as national or local taxes, public security, and industry and commerce. Others argue that women are simply less susceptible to graft. A long-standing case for increasing female representation in government is that this reduces overall levels of corruption. Indeed, Transparency International’s Global Corruption Barometer documents that women are less likely than men to engage in or approve of bribery. Explanations for this phenomenon include women’s higher aversion to risk and the fact that some corruption operates primarily through male-dominated networks.

Political and cultural context also affects women’s stance on and engagement in graft. A 2013 paper by Justin Esarey of Rice University and Gina Chirillo of the National Democratic Institute sheds light on female attitudes toward corruption in an autocratic system such as China’s. Using data from the World Values Survey on differences in men and women’s disapproval of corruption and scores for a nation’s level of autocracy or democracy, the authors “find strong evidence that a gender gap in corruption attitudes and behaviors is present in democracies but that it is weaker or nonexistent in autocracies.” They theorize that in democracies, where leaders can be ousted if voters discover unappealing behavior, women feel more pressure to uphold values like clean governance. In autocratic systems, however, there is a lower potential for external punishment if graft is discovered, and bribery and corruption may be accepted as inherent parts of doing business. While in China there are now severe external consequences for this behavior, nonetheless Esarey and Chirillo’s findings suggest that the relative infrequency of women removed for corruption in China may relate more to differences in opportunity than differences in attitudes.

Women’s patterns of corruption in China also differ somewhat from those of their male counterparts. Since much of the anticorruption campaign operates through CCP procedures rather than through the traditional legal system, the scope of transgressions also includes moral infractions such as adultery and spending on mistresses. Such violations of party discipline occur more often among men. One male official was accused of siphoning funds to support forty-six mistresses, while another was fired after the diary of one of his mistresses went viral. One official from the Supreme People’s Procuratorate noted, “Males have power and want sex, so they use their power to trade for sex. Females use sex to gain power, and then use their power for corruption.”

Meanwhile, multiple female officials have been brought down because of “beautification corruption” according to a 2014 article in the Beijing News. Twelve cases of this type were investigated by the Beijing municipal government in 2012. Cao Shujie, the former deputy director of the Human Resources and Social Security Office, spent 130,000 RMB of public funds on cosmetic procedures, conference fees, and author fees, earning her a sentence of ten years on corruption charges. Similarly, the former bureau chief of the Anshan city office of the State Administration of Taxation spent five million RMB on plastic surgery in Hong Kong with hopes that her new look would lead to further promotions and wealth.

The women taken down in the anticorruption campaign have committed a range of infractions, and these infractions relate more often to traditional bribery than to embezzlement for beauty services. No matter the type of corruption, however, the numbers don’t lie. Female officials appear less prone to corruption. Perhaps increasing female representation in government is another instrument that Chinese leaders should consider adding to their anticorruption toolbox.

Rachel Brown is a research associate in Asia Studies at the Council on Foreign Relations. This article first appeared in Asia Unbound.