After Abe: Will Japan Fall Back Into Old Habits? 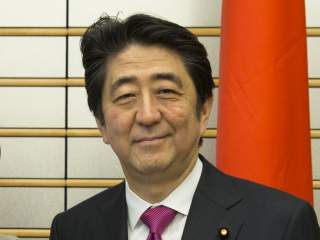 Barely three years ago, Japan watchers were wondering what it would take to break the country’s streak of short-term prime ministers—six premiers had cycled through office in six years and a total of fourteen in two decades. Then Shinzo Abe upended expectations by returning to power and projecting an aura of strong leadership. He has already become one of Japan’s longest-serving prime ministers and, in the process, racked up an impressive list of foreign policy accomplishments. In light of his success, one could assume that the problem of short-lived, weak prime ministers is a thing of the past. But a recent Japan Center for International Exchange study, Looking for Leadership, warns that Abe may be the exception rather than the rule. Post-Abe, Japan is likely to slip back into the pattern of frequent leadership changes.

Abe has managed to succeed since returning to the premiership in December 2012, in contrast to his disappointing performance in his first term in office a decade ago. Then the prime minister was widely perceived as lacking the political skills that the job required. His government seemed adrift, floating from one scandal to another, prioritizing issues such as “patriotic education” with limited appeal to the general public, and seemingly lacking any clear message or mission.

Yet this time the Abe government has shown considerable skill in juggling politics and policymaking. The Abe cabinet made economic revitalization its top priority, deftly packaging it as Abenomics and rolling it out in a way that branded Abe as a bold leader. The cabinet has carefully managed its approval ratings by sequencing major initiatives with the political calendar, ensuring that controversial measures were wrapped up well before elections to give the ruling party time to rebound from any political damage. And Abe leveraged his political momentum to silence intra-party rivals, for example ensuring that all of the cabinet members fell in line behind him. Much of the credit for this deft political management could be given to Chief Cabinet Secretary Yoshihide Suga, however it is also clear that Abe learned a great deal about political pragmatism and how to shepherd his political capital in the wilderness.

Nonetheless, the Abe cabinet would never have been able to play its hand so well without its good luck and timing. The greatest gift that a politician can receive is a deeply flawed enemy, and Abe has benefited enormously from the haplessness of his opposition. He returned to power in a landslide victory, which even he admitted was more a sign of voter disgust with the failure of the Democratic Party of Japan (DPJ) than support for his Liberal Democratic Party (LDP). This gave his ruling coalition the rare advantage of a veto-proof, two-thirds majority in the Lower House. Since then, the continuing missteps of the DPJ and a yearning for political stability have helped Abe to maintain public support and party unity.

The electoral landscape was also favorable to Abe. He came into office via a general election, which gave him greater credibility than if he had just inherited the post after a party election, as most of Japan’s prime ministers do. There was no unified opposition in the Upper House that could easily block his plans. Plus, Abe faced the July 2013 Upper House while his popularity was still cresting, and once he successfully passed that hurdle he did not face any other mandatory party or general elections for over two years, more than enough time for Abe to consolidate his power and allow his government to pick and choose its electoral battles.

This combination of skillful political management, good timing, and no small measure of luck has enabled the Abe government to overcome the Japanese system’s daunting institutional obstacles to strong prime ministerial leadership. However, once he steps down, his successors will face the same institutional constraints that have made it so hard for previous prime ministers to lead.

For one, in Japan, the prime minister still has remarkably little direct control over the legislative process, which makes it surprisingly difficult for him to implement his agenda. Unlike the United Kingdom, where the cabinet decides which legislation goes forward and how to sequence it, Japanese legislative agenda and timetable remain the prerogative of the Diet’s committee chairmen and steering committees. This allows backbenchers to delay or block legislation even when it is a top priority for the cabinet, and the resulting legislative gridlock has increasingly exacted a heavy toll during elections. Abe’s successors are unlikely to come into office with a strong hand that they can dominate party rivals and steamroll the opposition from the start in the way Abe did.

Second, the Upper House has increasingly become a stumbling block for Tokyo’s ruling parties. The 1993 introduction of winner-takes-all, single-member districts for the Lower House—combined with declining party loyalty—has made it more likely for power in the Lower House to alternate between two major parties or coalitions. But the Upper House is still elected through a proportional representation system, giving greater opportunity to Japan’s smaller opposition parties, diversifying its make-up. Coupled with the different timing of Upper and Lower House elections, this increases the chances that Japan’s voters give the opposition parties a bigger voice in the Upper chamber. Since Japan’s Upper House is more powerful than other parliamentary systems, both the DPJ and the LDP while in opposition have proven adept at exploiting its powers to hold government policy hostage. Four of five previous premiers—Yasuo Fukuda and Taro Aso of the LDP and Naoto Kan and Yoshihiko Noda of the DPJ—were brought down as the opposition in the Upper House stymied their legislative priorities.

Sheer electoral math tells that Abe will retain control of the Upper House in this summer’s elections—given the ruling coalition’s seventy-seven seats that are not up for a vote this time, so it only needs to win slightly more than three-quarters of the seats it has in play to retain the majority. But the institutional pressures for divergence between Upper and Lower Houses are likely to reassert themselves in time, especially if there is a more viable opposition to draw votes away from the LDP.

Finally, the increasing unpredictability of public support means that prime ministers pay a higher price when facing these kinds of institutional obstacles. Over the past two decades, public support has grown more volatile, with cabinet approval ratings for new governments starting out higher than before, but declining more precipitously when the prime minister fails to live up to expectations. As a result, a form of “polling politics” has emerged whereby both the LDP and the DPJ have been quick to oust their leaders when their approval ratings drop below a certain threshold. Abe has managed to avoid these perils thanks in part to a discredited opposition, yet his successors are unlikely to face such a favorable political climate.

What does the likelihood of a return to the pattern of short-lived leaders mean for Japan’s friends? Five trends in Japanese foreign policymaking are likely to emerge.

First, and perhaps counterintuitively, a high turnover in prime ministers will produce even greater continuity and conservatism in Japan’s overarching foreign policy line. Typically, only strong leaders who managed to stay in office for extended periods have succeeded at driving major shifts in foreign policy—think Shigeru Yoshida, Yasuhiro Nakasone, and Junichiro Koizumi—while weaker ones who moved too rashly, like Yukio Hatoyama, have paid a steep political price.

Second, a vacuum of political leadership will give bureaucrats a greater role in foreign affairs. This can reinforce the tendency toward continuity. But it also is likely to result in a greater stinginess in development assistance, one of Japan’s traditional instruments of influence abroad, as the powerful finance ministry gains a freer hand to advance its number one priority—cutting the national debt.

Fourth, with no clear leadership hierarchy, ambitious politicians are more tempted to resort to populist appeals to advance their careers, especially when senior leaders have less clout to tone down their rhetoric. Former Osaka Governor Toru Hashimoto’s appearance has shown how a blunt and outspoken critic could rapidly gain national prominence at a time when personal popularity becomes the currency of politics.

Finally, a return to the pattern of frequently rotating leaders is likely to feed the gridlock that has become all too common on sticky foreign policy issues, such as the Futenma base relocation. This arguably makes it important for the United States to push hard to resolve politically sensitive issues while a proven leader like Abe is in office, but then be prepared to dial things back and focus more on lower-profile relationship maintenance when weaker leaders take the helm.

Of course, Abe’s track record gives his successors ideas for how to buck this trend of weak, short-lived leaders. But replicating the Abe cabinet’s success will not be easy under the current political system. Without further reform to rectify the imbalances at home, Japanese prime ministers seem destined to struggle to project strong leadership abroad.