After Carnival: 7 Uncertainties Ahead for Brazil 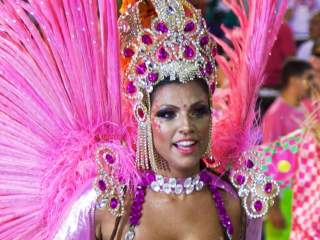 Brazil is getting back to business after an exuberant carnival that brought irrepressible Brazilian humor to bear on serious national travails, including the Zika virus, Lula’s legal troubles and the Olympics. Reality’s bite may be harsh after two months’ holiday respite from the high political drama of 2015. The coming year will be jam-packed, including the highly contested election later this week of new party leadership, a PMDB party leadership convention in March, the April deadline for ministers and governors to step down if they are running for office, the August Olympics, and the October municipal elections. Layered over these events will be the ongoing Lava Jato and Zelotes corruption investigations, campaigns against the Aedes Aegypti mosquito and, of course, the continued drama of Chamber of Deputies’ president Eduardo Cunha’s cage match with President Rousseff.

Looking ahead, the only major certainties for the year ahead are that GDP growth will be negative, and that there will be significant political upheaval, as a consequence of the elections and the corruption investigations, which have no end in sight. But there are also significant uncertainties that overlap with a compressed political calendar to raise questions about where Brazil will stand a year from now:

1) The Olympics: most observers believe Rio is capable of pulling the Olympics off splendidly, despite lingering concerns about overspending, violence and pollution. However, last week U.S. soccer icon Hope Solo expressed the fears of many foreign athletes, signaling that Zika may have a measurable impact on the success of the games and on the country’s tourism, which was expected have a boon of at least a million additional visitors during the games.

2) Rousseff’s presidency: the impeachment drive hit a major roadblock in December, as the high court (STF) stepped in to restart the process. But support for impeachment was already fraying: the fiscal premise for impeachment seems flimsy, Vice President Temer is not a consensus replacement, Rousseff still holds the votes she needs to block impeachment in Congress, and the opposition parties, especially the PSDB, seem to be taking a more cautious posture. But impeachment was never the only risk to Rousseff: the electoral court (TSE) will consider charges against the 2014 Rousseff-Temer ticket later this year, which could void their election on campaign finance grounds. And though it seems far off, there is still the possibility that Lava Jato could reach the president, whose ties to Petrobras ran deep during her time in the Lula cabinet.

3) Eduardo Cunha: The president of the Chamber remains on tenterhooks over accusations that he had a role in the corruption of Petrobras’s international operations. Cunha spent most of the past four months finding procedural runarounds of a congressional ethics investigation of his Swiss accounts, and he is likely to continue to play out the clock for as long as he is able. But the STF will resume hearings this week into his removal. Needless to say, Cunha’s ouster would remove one of the worst impediments to the Rousseff administration’s legislative agenda, while slowing congressional investigations of the president.

4) Lula: the former president is in the crosshairs of two massive corruption investigations. January brought the Lava Jato case a step closer to the former president’s door, as plea bargaining witness Nestor Cerveró made allegations of forbidden foreign contributions to Lula’s 2006 campaign, a close friend of Lula’s was arrested, and a beachfront apartment and country home used by Lula’s family were investigated. There is increasing certainty among political analysts that Lula’s political future is grim; the uncertainty is what this means for the Workers’ Party (PT) in the 2016 municipal elections. PT party support has fallen closer to the level of more traditional parties, such as the PMDB and PSDB, and the 2018 presidential race is looking more open than anyone would have predicted as recently as a year ago. As yet, however, no force has risen to fill the void: the traditional opposition is divided, and there is as yet no new emergent force that could generate consensus.

5) Fiscal reform: the government is pushing new spending cuts, pension reform and new taxes to tackle the severe fiscal imbalance. The opposition seems more inclined to cooperate this year, but it is unclear how much Rousseff can deliver: the PT and many government supporters on the left oppose pension reform, and most of the government proposals remain either vague, or simply recycle old credit stimulus policies adopted during Rousseff’s first term.

6) The streets: the demonstrations that have rocked Brazilian cities for three years began to taper off in 2015, as the organizers became more shrill and conservative than most of the angry middle class. But anger is palpable, some groups have already called for protests on March 13, and the spontaneous emergence of new protests similar to those seen in 2013 cannot be discarded.

7) A Nixonian surprise?: Rousseff has not been an outside-the-box thinker, and she is deeply constrained by the fact that she relies on a coalition constructed by Lula, governs at the helm of two parties (PT and PMDB) that distrust her, and is heavily reliant on what remains of this coalition to block impeachment. The result is political immobility worse than any since the return to democracy in 1985. But this very paralysis might lead to policy creativity: perhaps a push for more active trade policies, akin to those being proffered by Development Minister Armando Monteiro, or perhaps negotiations for a unity coalition that might provide a space for consensual reforms?

Matthew Taylor is an adjunct senior fellow for Latin America Studies at the Council on Foreign Relations. This article first appeared in Latin America’s Moment.