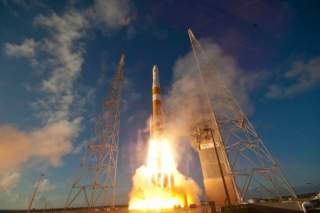 The Global Positioning System is a central feature of the critical infrastructure supporting modern civilization.  Without the precise positioning, navigation and timing information that the satellite constellation provides -- about 40 satellites are currently in orbit -- transportation grids, financial markets, and cellular networks would be crippled.  Soldiers would get lost in the fog of war, smart bombs would miss their targets, and military campaigns would founder for lack of synchronization.

But a lot has changed since GPS first became fully operational in 1995.  Over a billion users worldwide now rely on the system for a constantly expanding range of applications.  Meanwhile, America's enemies have figured out how to jam the receivers that process signals from satellites orbiting 12,500 miles above the earth, and how to launch cyber attacks against the ground stations that control satellite operations.  So even as we become more dependent on GPS, the system has grown more vulnerable.

Congress saw this problem coming way back in 2000, when it authorized development of a next-generation GPS network providing better satellites, ground stations and receivers.  Next year the Air Force will orbit the first of 32 GPS III satellites with enhanced accuracy, security and reliability.  For instance, the new satellites will feature "spot beams" that greatly increase the power level of GPS signals used by the military in locales where the normal whole-earth signal might be subject to jamming.

However, neither military nor civilian users of GPS will be able to tap the full potential of the new satellites unless the government fields better receivers and ground-control software capable of operating all the new satellite functions.  The ground-control software, called the "next-generation operational control system," or OCX, has proven to be a challenge.  It consists of complex code that will be installed at GPS ground stations in Colorado and California, but it is running years late and now the Air Force says it is going to cost more than planned.

The Air Force, which manages most military space projects, has been candid about what went wrong with OCX.  In a report released last September it acknowledged that it greatly under-estimated the time and effort required to develop the system, which would have to integrate operations of a diverse array of new and legacy satellites, delivering several different signals in support of an expanded range of missions.  It faulted prime-contractor Raytheon for not grasping the complexity of the challenge, but admitted that Air Force personnel didn't either.

This isn't a new story in military space.  Although the Air Force has made huge strides in fixing an array of troubled space programs inherited from the Clinton years, there is a persistent tendency to focus on satellites while not paying enough attention to the other parts of a project that enable the satellites to deliver services.  In the case of GPS III, the contract for the ground-control segment was awarded in 2010, nearly two years after Lockheed Martin won the contract to build the satellites, then it was repeatedly rescoped and rescheduled.

The most egregious mistake was a lack of communication between customer and contractor about what cybersecurity features OCX would need to satisfy.  Raytheon worked on the system for years before it realized that rather than waiving various "information assurance" requirements, the Air Force intended to make OCX a pathfinder program for other space systems in delivering cutting-edge cyber protection.  The error resulted in part because almost everybody on the Air Force team moved to new jobs within months after the award.

Not that Raytheon was faultless.  By 2013, though, both the contractor and the Air Force customer recognized the program was seriously off track, and they moved to fix it.  It took two years, but the development of cybersecurity features is now largely completed and the program is steadily meeting its revised milestones.  That's a good thing, because there is no "Plan B" for delivering all the functionality of GPS III to users.  Only OCX can support the spot-beam feature, improved civilian signals, and cybersecurity missing in legacy software.

So recent developments casting a negative light on OCX, like the Senate proposing to withhold funding and the Air Force's announcement of a Nunn-McCurdy breach, are trailing indicators of current trends.  OCX was in deep trouble two years ago, but now it is largely fixed.  And the reason it is fixed is because both the contractor and the government customer were willing to be honest about where they had screwed up.  Accepting responsibility is usually the first step in fixing a problem, followed by accepting the need to change.

The Air Force has now sent a reprogramming request to Congress seeking $39 million in current-year funds to resolve deficiencies uncovered in a "deep-dive" review of the program.  That's a small amount compared with the billions of dollars it will cost to develop and field OCX, which is crucial to the success of GPS III.  Assuming the Air Force re-certifies OCX under the Nunn-McCurdy law as vital to national security and recent program progress continues, most of the recent objections to going forward will likely disappear.

The simple truth is that without OCX, the government has no path forward for delivering enhanced functionality and security to GPS users.  You can't retrofit state-of-the-art cybersecurity into legacy hardware and software any more than you can install integrated stealth on Cold War fighters.  To preserve America's role as the world's pioneer in global positioning and navigation, the government needs to purchase new hardware and software matching today's (and tomorrow's) demands.  There is growing evidence OCX will deliver on that promise.