Airpower Advice: Where Do You Get Yours? 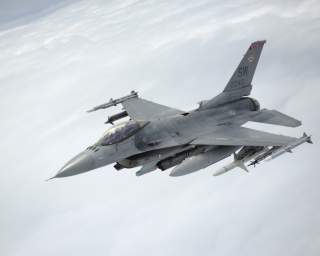 One of the unfortunate aspects of the profession of arms is that it gets so little respect as a profession.  It is entirely reasonable in other professional arenas that those who direct or inform policy have some kind of related experience.  The Secretary of Education is likely to be an educator, the Attorney General a lawyer, the Surgeon General an actual M.D.  For the Department of Defense’s civilian leadership, no actual military service is required, but at least there is likely to be some previous connection to the defense enterprise.  In the world of defense journalism and inside the somewhat-compromised beltway think tanks, nothing more than a passing interest in defense matters is required.  Defense policy can be and is shaped by individuals who claim expertise without doing the hard work to get it.

To add insult to injury, it also seems as if everyone is a military expert and is fully prepared to say so in public.  Ask an individual on the street what they think about the application of military force against adversary X, and they will tell you.  Ask that same individual about open-heart surgery, and they’ll ask to be reminded what the superior vena cava is.  Cardiac surgery is rightly recognized as a specialty requiring study, skill and practice.  Military expertise is regarded as something that you get by drinking bottled water (noncarbonated, of course), watching the History Channel, or attending a military-themed high school.  To paraphrase one of von Calusewitz’s most famous quotes:  “In war, everything is simple.  Therefore those who practice warfare are likewise simple”.  Nowhere is this more apparent than in the application of airpower, where it seems that airpower expertise is a commodity that one gets by the simple expedient of declaring it – with no practical check on credibility, experience or background.  So, from whom do you get your airpower advice?

Those of us who actually are military professionals have no one but ourselves to blame if airpower advice provided by amateurs and dilettantes is accepted.  We effectively cede ground by not writing about our experience, by not engaging in a forthright manner with the press, the Hill and the public, and by prioritizing institutional control over “the message” over a forthright discussion of military options or policies.  True, civilian control of the military remains a foundational principle of our democratic system, but that means that control of the military forces remains in the hands of civilian representatives of the government, most notably the Secretary of Defense and the President.  It should not mean that all public discussion of military options is left in the hands of those without a military connection.  And it most especially should not mean that the people whom lawmakers and government officials turn to advice are academics or policy analysts with only limited knowledge of military service, operations, and obligations.

At the moment, I’m one of the more prolific authors in uniform.  Everything I write endures a security and policy review by the Air Force’s Public Affairs apparatus, to help ensure that I don’t reveal anything classified or violate established policy, like advocating for actions like torture or the slaughter of families of terrorist suspects – both obvious war crimes.  It’s not peer review, but it’s actually a handy check on my work.  Not once (so far, anyway) has the review process betrayed any suggestion of editorial control, which is remarkable given my choice of subject matter. And I like to think that my background as a fighter aviator and irregular warfare guy places me on solid ground when writing about the subjects I choose.  I stay in my zone - I write mostly about strategy and combat airpower, which is well within my professional competence.  I know little about airlift, other than my experiences as a passenger (or live cargo, depending on the aircraft), so I don’t write about how it works.  I know less about space, so I don’t write about it.  And as for cyber, I’m not even able to set up a networked printer without help and my coding knowledge is limited to Microsoft Basic – which went out of vogue 30 years ago.  When I leave the zone, I find editors or co-authors who actually have expertise in the subject to help me make my case.

I’m not alone.  Warontherocks.com, in particular, has seen an explosion of authors who are writing about airpower.  Obviously, when engaging about airpower in print, Airmen do not always agree.  That is as it should be – if we all agreed on airpower applications, issues and prescriptions it would be an indication that we weren’t thinking enough, or well.  And when I read an article that interests me, I’m always sure to look for the author’s blurb at the bottom – referencing the writer’s professional background as an assist in determining their credibility.  If I see that the author is a B-52 test pilot with more than a decade of flying behind her, that implies a certain level of airpower credibility.  If I see that the author taught at the Kennedy School, or was a professor at Georgetown, or is on the board of a prominent think tank, that may indicate a level of education and writing skill, but it does nothing to establish military credibility.  And those resume items do not make me inclined to value their appreciation of airpower or their expertise in its application.  Being a GWAK (guy with a keyboard) is just a description, not a qualification.

The reason we have a separate Air Force is that Airmen made a case after World War II that the nation needed Airmen to direct airpower, and that this was a necessary professional focus that was best achieved by a separate service.  The United States was very late to recognize this – the Royal Air Force, the Luftwaffe and the Directorate of the USSR Air Forces all predate the USAF by decades.  Even in countries with a single defense service, combat aviation is a separate branch.  So, having spent the effort to train and grow Airmen for over sixty years, we ought to now use them as a resource and avoid the charlatans, hacks and trolls that circle airpower discussions like underfed vultures waiting to pounce on the credulous or the unwary.

For Airmen, particularly those lucky enough to spend time in residence in Professional Military Education courses, it’s time to get writing.  That extra education is paid for by the nation, and the nation both needs and deserves the fruits of your experience and thought. It’s not that hard to find places where you can make your work public, especially if you are engaging in a discussion of policy options.  If you want to vent your spleen you can, but you’re unlikely to be of any real use.  It is just such a screed, on light attack aircraft, that inspired this missive.  If it had come from an author who was an Airman, it would have been a clear indication that the writer hadn’t done his homework.  Coming from a GWAK with no apparent professional connection to aviation other than frequent flier miles or airmail, the article was both factually devoid and exceedingly unprofessional.  When I ask airmen to write, an article that uses phrases like “truly foolish”, “a service which has lost touch” “dumb” or suggests that “whoever came up with this bad idea needs a new job”, is exactly the kind of writing we need to avoid.  Make the case, support the case, use facts, stimulate the discussion.

It is my belief that if Airmen present themselves as credible, reasonable and above all expert, that those in need of airpower advice will turn away from the pretenders, at least sometimes.  Feeding the trolls and publishing click-bait is good internet business, so we can expect that it will continue, but there is always a need for solid, professional advice on airpower.  If we, as the airpower professionals, get out in front, then we offer a credible alternative to the volume of misinformation that fills the void we are allowing to exist.  We’re Airmen, and we earned our airpower chops through hard work and voluntary membership in a professional organization that supplies the nation with air, space and cyber power every hour of every day.  We can’t make people turn to us for advice, but we at least can encourage people to ask, when getting airpower advice, where they are getting it from.

Col. Mike “Starbaby” Pietrucha was an instructor electronic warfare officer in the F-4G Wild Weasel and the F-15E Strike Eagle, amassing 156 combat missions and taking part in 2.5 SAM kills over 10 combat deployments. As an irregular warfare operations officer, Colonel Pietrucha has two additional combat deployments in the company of US Army infantry, combat engineer, and military police units in Iraq and Afghanistan.