Al-Shabab and Islamic State: A Rivalry in East Africa 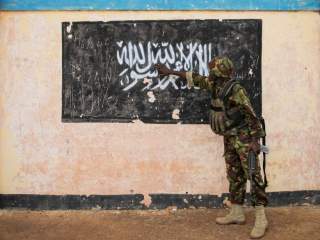 Earlier this month, al-Shabab attacked an African Union (AU) base deep into AU controlled territory. This was followed up last week with an attack on civilians in AU-controlled Mogadishu. The attacks reminded the world, again, that although al-Shabab has lost some of its previous stature, it remains resilient. But, a new threat looms. Recently, al-Shabab has been struggling to counter the new threat of the self-proclaimed Islamic State’s growing influence in East Africa. As the Islamic State gains momentum, and the rival groups compete for recruits and jockey for position, they may both use attacks on AU troops and civilians to prove their legitimacy.

Paul D. Williams recently pointed out that al-Shabab has mutated in the past several years after the AU Mission in Somalia pushed al-Shabab out of Mogadishu. The terrorist group, which Williams calls “an increasingly extremist and transnational network,” uses large scale, isolated and sometimes international attacks to maintain relevance. The Westgate Mall attack, the attack on Garissa University, the 2010 bombings in Uganda, and the AU base attack last September are all part of this pattern. He also noted al-Shabab’s increased interest in destabilizing parts of Kenya. As the Kenyan government has often overreacted to al-Shabab attacks by targeting ethnic Somalis in Kenya, whom it blames for supporting al-Shabab, it seems likely that al-Shabab will continue attacking Kenyan targets in the hope of pushing disenfranchised Somalis toward their cause.

What is perhaps more worrying is the introduction of a new power struggle within al-Shabab’s ranks. Al-Shabab is no stranger to infighting, purges and leadership changes. But this round of infighting is unique in that it centers on the question of al-Shabab’s allegiance. Long an al-Qaeda affiliate, the Islamic State has aggressively pursued al-Shabab. Given the Islamic State’s global claims and recent expansions into Yemen and West Africa, it is not surprising that it wants to gain a foothold in East Africa.

With the exception of a small number of fighters who have defected to the Islamic State, al-Shabab has thus far resisted this merger. Although it is dangerous to generalize, the group is predominately regionally focused. It lacks the global ambitions of the Islamic State. It is possible that this is one area of global jihad that the Islamic State cannot penetrate. But there are factions within al-Shabab that think the group should operate more internationally. If groups sympathetic to or aligned with the Islamic State do begin to emerge and compete for recruits and prestige in Somalia, the tempo of attacks against civilians and AU troops seems likely to increase, potentially thwarting the progress that has been made in the country. Both al-Qaeda and Islamic State affiliated groups will use these attacks to prove themselves.

All of this is bad news for the Somali people trying to rebuild their country. Al-Shabab will continue to see these types of attacks as necessary to bolster and support its narrative and legitimacy. Upstart Islamic State groups will see the attacks as necessary for the same reason. In early December 2015, President Hassan Sheikh Mohammad wrote after the Paris attacks that Somalia would “battle against the global phenomenon” that al-Shabab and the Islamic State represent. Unfortunately, Somalia may soon be facing both.

Alex Dick-Godfrey is the assistant director of studies administration for the Council on Foreign Relations Studies Program. This article first appeared in Africa in Transition.