America in 2015: Democracy, Republic or Aristocracy? 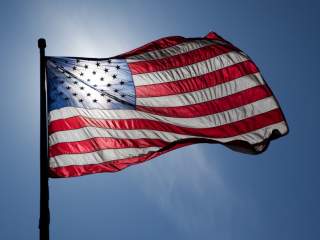 In the United States, most citizens are taught from elementary school on up that the American form of government – democracy – is the best, most fair means of governance in the world.  Others will point out that in reality our country is a Republic, as James Madison described in the famed Federalist #10 in 1787.  But in practical terms, do either of those terms describe the American form of government today?  The results of an analysis released last week by OpenSecrets.org indicate that the term most approximating the genuine nature of the U.S. political system today would be “aristocracy.”

Most Americans would chafe at such a suggestion, pointing to the fact that every two years a new Congress is voted into office by the people.  Any time the constituents don’t like their representative, the thought goes, they are free to vote him or her out.  While it is true that mechanism exists and on occasion the people do actually send a representative packing (as happened in 2014 when incumbent Congressman Eric Cantor was defeated by a virtual unknown in his party’s primary), it is extremely rare.

In the 2014 federal elections, a staggering 96% of all incumbents were reelected, despite the fact the body had a disapproval rating of 83% heading into the vote.  How can this be?  If the people are so dissatisfied with their representatives and the people have the power to vote them out of office, why would they choose to reelect virtually all of them?

In a word: Money.

While voters readily agree there is “too much money in politics”, few are aware of what that money actually does to the electoral system or exactly why it’s bad.  As the following data confirms, however, the excessive amount of money that has saturated our political system over the past few decades has effectively eliminated the ability of regular Americans to influence the outcome of elections and has handed an electoral monopoly to a tiny elite class of wealthy Americans.

On April 30, OpenSecrets.org published a report analyzing the outcome of the 2014 midterm elections which revealed that a tiny minority of wealthy Americans had more influence over the outcome of the election than the balance of the nation’s 319 million citizens.  The report noted that this tiny group of the wealthy elite “accounted for an astounding $1.18 billion in disclosed political contributions at the federal level. Those big givers — what we have termed the Political One Percent of the One Percent — have a massively outsized impact on federal campaigns.”

In the 2014 elections – as was the case in the 2012 Congressional elections before it – not one single candidate won a seat in Congress who did not get money from this group.  But it gets worse.  The average winning House seat in 2014 cost $1.2 million.  If a person isn’t wealthy enough on their own or have the ability to raise such huge amounts, they are barred from even competing.  Thus, by bankrolling the candidates of their choice with so much cash, this “Political One Percent of the One Percent” effectively performs a “gatekeeper” function so that only other wealthy elite candidates get to stand for election.  Consider the ramifications of those facts.

With only rare exceptions, the only people who are able to compete to serve in our nation’s legislature are those who are independently wealthy or are able to make successful financial appeals to the “Political One Percent of the One Percent.”  Everyone else is excluded.  Dictionary.com defines aristocracy as “a government or state ruled by an…elite or privileged upper class.”  Given the set of facts that govern our political system today, by definition the United States is not a representative democracy.  As distasteful as it is for us to contemplate, we must admit “aristocracy” comes closer to the mark, as a small elite, privileged class does presently rule the U.S. electoral system.

When projections for political spending during the 2016 cycle are as high as $12 billion, what chance does anyone have to resist?  The analytics don’t lie: the American political system is now effectively controlled by a neo-aristocracy.  Within a number of weeks I will retire from the United States Army where I have served almost 21 years on active duty, including four combat deployments.  I have spent the majority of my adult life serving the people of this country and pledging to support and defend the U.S. Constitution – not the preferences and interests of an aristocratic elite.

As I retire from the active Army, I will be transitioning my service to the country to a different venue by establishing a 501c3 nonprofit called Democracy Awake, dedicated to the prospect of returning democratic power and influence to the American people.  If we are able to raise the necessary funds, we will provide a number of no-cost products and services to the American people for the 2016 cycle that has a chance of giving them greater influence over the electoral system (please see www.democracyawake.org for more information).

What we propose to do is unprecedented and has never been attempted in the history of American politics. I obviously cannot guarantee our effort will succeed.  What I can promise, however, is that if we do not try, if the people of this country remain passive in light of the political power amassed by this tiny wealthy elite, their power will continue to increase as the influence of the people shrinks even smaller.  By birth-right this country belongs to all the people.  It is time for us to wake up to these new realities before we lose this precious birth-right.

Daniel L. Davis is a retired Lt. Col. in the US Army.  He served four combat tours, including both Iraq and Afghanistan.  He was the 2012 Ridenhour winner of the Truth Telling prize.