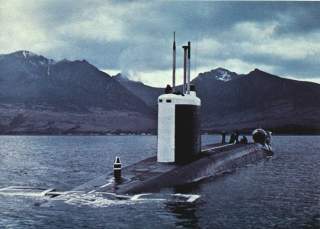 Mark Twain probably didn’t make the famous quip, “History doesn’t repeat itself but it rhymes,” but the phrase’s sentiment often feels right. In discussing British independence, U.S. nuclear policy, strategic-weapons upgrades and a fraying “special relationship,” we could be discussing current events—or those of a half-century ago.