America Needs to Focus Its Defense Efforts on Big Wars 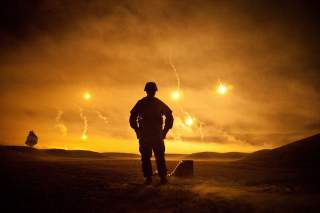 The summary of the 2018 National Defense Strategy (NDS) of the United States of America has been hailed widely for focusing on large-scale military threats rather than on mostly nonsignificant threats from terrorism and insurgencies around the third world. Mattis’ Department of Defense is recalibrating the perspective on official U.S. defense policy—and hopefully on public discourse—concerning military threats faced by the United States and the right ways to tackle these threats. After twenty-five years of coping with the post–Cold War era “new” security logic with humanitarian interventions, democracy promotion and a highly militarized policy on countering terrorism, the United States today has a possibility of redefining strategic goals of the defense establishment and the U.S. Armed Forces. These goals and associated capability development guidelines must be in tune with the realities and exigencies of the contemporary security environment—preparing to deter great-power aggression and, if necessary, to fight wars against other state militaries. And one may hope that the rest of the West will follow the American lead. Big-war mentality is almost absent from today’s Europe.

For the most part, the post–Cold War era has been a period during which Western states have struggled to redefine their take on military threats and defense. As the sole superpower, enjoying its “unipolar moment,” the United States has been a lead-agent in redirecting Western understanding of contemporary military threats and the “new” elements of military power that Western states need in the post–Cold War globalizing world order.

The 1990s started a time of transitioning from the Cold War era towards new rules of the “international game” that have remained blurred and contested. For the West, shedding the Cold War era military overweight and cashing in the peace dividend started in the early 1990s. Old military threats had evaporated with the demise of the Soviet Union and the Warsaw Pact. The “problem” was at the time that there were no new military threats facing the United States or other Western States. Thus, the raison d’être of many western militaries vanished almost overnight. At the same time, formulating long-term defense planning guidelines became almost an overwhelming task as the future nature of the international-security environment had just become fuzzy.

Had it not been for the foolishness of Saddam Hussein’s aggression towards Kuwait in August 1990, the West would have suffered a total eclipse of any potential imperatives for developing military forces in the future. The 1991 Gulf War provided that imperative—as the U.S. defense establishment espoused the so-called Revolution in Military Affairs (RMA) as a guide to transform the Armed Forces in a world with meagre military threats facing the United States or Europe. And as time progressed, the RMA-based transformation did indeed offer new kinds of military capabilities for which new political demand was on the rise.

During the 1990s the Western threat-vacuum was gradually filled with the supposedly new threats of the globalizing world order that was emerging from the ashes of the zero-sum Cold War era. Humanitarian crises and abuses, ethnic conflicts “out there” and so-called “new wars” were smuggled into the Western security and military strategic thinking. Western military forces—led by the United States—were frequently used in new kinds of missions, from the post–Gulf War Iraq to Somalia, from Bosnia to Kosovo and elsewhere.

The unintended side-effect of Western humanitarian interventionism and armed humanitarianism was the lowering threshold on the use of military force within the international system. Focusing on doing good and reacting to different crises around the world with military force, Western states were contributing by their deeds to the erosion of the norms of state sovereignty and nonintervention. Today there is a price to pay for this, as revisionist great powers (China and Russia) have shown us. Resorting to the use of military force in order to attain desired security goals is “normal” for great powers of the day. The United States and its Western allies have lost their exclusive rights on the use of military force to solve political problems in today’s security environment.

The strategic trigger-happiness that developed within the Western security community during the 1990s was exacerbated by the post–9/11 “Global War on Terror” and the associated highly militarized response to the threat of extremist terrorism. Had it been contained to the perpetrators and supporters of the 9/11-attacks, the War on Terror would have ended by late 2001 when the Taliban movement was dethroned. Naturally many other policies would have been called for after 2001, but they were located mostly within the bounds of international intelligence cooperation and law enforcement. After all, terrorism is mostly not a military threat. At most, it is a tactic used by the weak to make headlines and to lure adversaries into overreacting to those attacks that the terror groups actually succeed in committing.

Unfortunately the West, led by the United States, answered to the challenge posed by Al Qaeda by abiding to its rules of the game. The inflated threat of terrorism was used strategically to redefine and redesign international relations and rules concerning the use of military force by the George W. Bush administration. Al Qaeda’s standing soared globally to a level it never would have deserved. It filled the threat vacuum created by the end of the Cold War, but sadly for the West, this crystallization of the “new threat”—and the policies to counter this threat—have made us in the West more insecure rather than provided a new sound guidance for defense strategy formulation.

In fact, the still-ongoing war in Afghanistan, and the 2003 launched invasion of Iraq set in motion a series of events that have made Western states less secure. First, the number of terrorist incidents and groups has skyrocketed after 2001. The overtly militarized Western response to terrorism has facilitated a steady increase in terrorist recruiting and propaganda. The “birth” and spread of ISIS is a good example.

It is noteworthy, however, that most—practically all—terrorist attacks take place outside of the West, the United States and Europe. In fact, the terrorist threat posed by jihadi-terrorism in the West today is much lower than other forms of terrorist threats during the Cold War era. Even after one significant success for terrorists in 9/11, and continuous 24/7 media coverage of the terrorist threat, terrorism is mostly a nonmilitary threat that should not drive our defense strategy or defense planning. Terrorism should be returned to a law-enforcement perspective, and the use of military force against terrorists should be an exception rather than the rule.

Second, together with the 1990s focus on military crisis management and humanitarian interventions out-of-area, the military response to terrorism has endangered the long-term development of “healthy” and capable Western armed forces. Today, Western militaries are fine-tuned for counterinsurgency operations rather than against “real” military threats to Western security interests. “Big war” approach was lost for more than twenty years within the West. Now that Russia and China are challenging the very foundations of the international security architecture and the Western military alliance—NATO—most Western states in Europe can produce only a very limited amount of “real” military fighting power. Small professional forces trained and equipped for expeditionary operations against insurgencies and terrorist organizations have little to offer as a counter-force to great power(s) preparing to conduct offensive large-scale, high-intensity maneuver warfare with massed long-range fires, formidable air defense capabilities and high volumes of electronic warfare capabilities.

The United States military suffers from the same problems than its European counterparts, but on a much smaller scale. Luckily, some “mass” is still there. But after more than sixteen years of continuous warfighting, the wear and tear of equipment is a serious problem that will take years and decades to overcome. Similarly, today’s forces have been trained and deployed to fight a war that gives little support for a big-war approach. Patrolling from well-protected camps, focusing on IEDs and training and assisting indigenous military forces are skills not needed when faced with a military peer-competitor. Deterrence and defense against Russia or China will not be credible with the armed forces that most Western states have today. Without serious conventional forces and capabilities, even the cornerstone of deterrence—nuclear weapons—are less credible than they used to be.

Thirdly, after some two decades of active use of military force by the West, the threshold on the use of military force within the international system has been lowered. It is much easier today to resort to the use of military force when pursuing national interests than it was at the end of the Cold War. The watering down of state sovereignty and the principle of nonintervention have facilitated the use of “new” tools for great powers of the day—Russia and China. The post–Cold War era examples of Western military “social engineering”—from Bosnia (1995) to Kosovo (1999), and from Afghanistan (2001–) to Iraq (2003–) and Libya (2011)—are today acting back on Western states. And after even the Arab Spring has turned sour and for the foreseeable future will cause additional security threats to the West, and particularly to Europe, the appetite for more military activity globally should be reduced. Past experiences almost unanimously point towards a need to redefine the defense agenda.