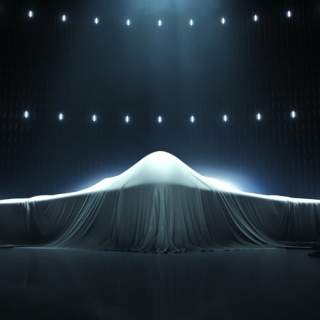 The House Armed Services Committee is directing the U.S. Air Force to examine the possibility of expanding the Northrop Grumman B-21 Long Range Strike Bomber program. While the Air Force wants to buy between 80 and 100 B-21 stealth bombers, others including former service intelligence chief Lt. Gen. David Deptula—dean of the Mitchell Institute—have called for as many as 175 aircraft to be built.

“The committee directs the Secretary of the Air Force to submit a report to the congressional defense committees by February 1, 2017, that estimates the number of B-21 bomber aircraft needed to meet the combatant commander requirements,” reads the bill text.

The report will include:

-  A Detailed explanation of the strategy and associated force sizing and shaping constructs, associated scenarios and assumptions used to conduct the analysis.

- A Detailed transition plan that integrates the B-21 into the current bomber fleet through 2040.

In the markup language, the Seapower & Projection Forces subcommittee noted that its directive is based on testimony it has received.  “The committee received independent testimony stating that the Air Force should procure between 174 and 205 B-21 bombers to ensure that enough aircraft are available to meet combatant commander, training, test, back-up inventory, and attrition reserve requirements. Additionally, the Global Strike commander 54 indicated that the previously announced 100 B-21 bombers should be treated as the lower limit of the total required number,” the committee’s language reads.

While the HASC is supportive of the new bomber program—which will be critical to defeating an evermore-powerful China and its growing anti-access/area denial capabilities (A2/AD), the Congress is concerned about managing the shadowy program.

“The committee is pleased to see progress on this program and believes that this program has stable requirements in place,” the subcommittee noted in the bill text.  “However, the committee is concerned that, given the length of time associated with the EMD [engineering & manufacturing development] phase and the amount of resources planned for this phase, the congressional defense committees need an improved ability to track annual progress and cost throughout the development.”

As a result, the HASC is ordering the Air Force to submit a progress report on the new bomber along with next year’s budget submission. “The committee directs the Secretary of the Air Force to submit an initial B-21 Development Progress Matrix to the congressional defense committees, concurrent with the budget request for fiscal year 2018 that includes. The matrix should provide milestones and metrics for measuring progress made in technology, design, software, manufacturing, testing, and product reliability maturity in relationship to the resources that are planned and expended. The committee may consider requesting annual updates to the matrix in the future.”